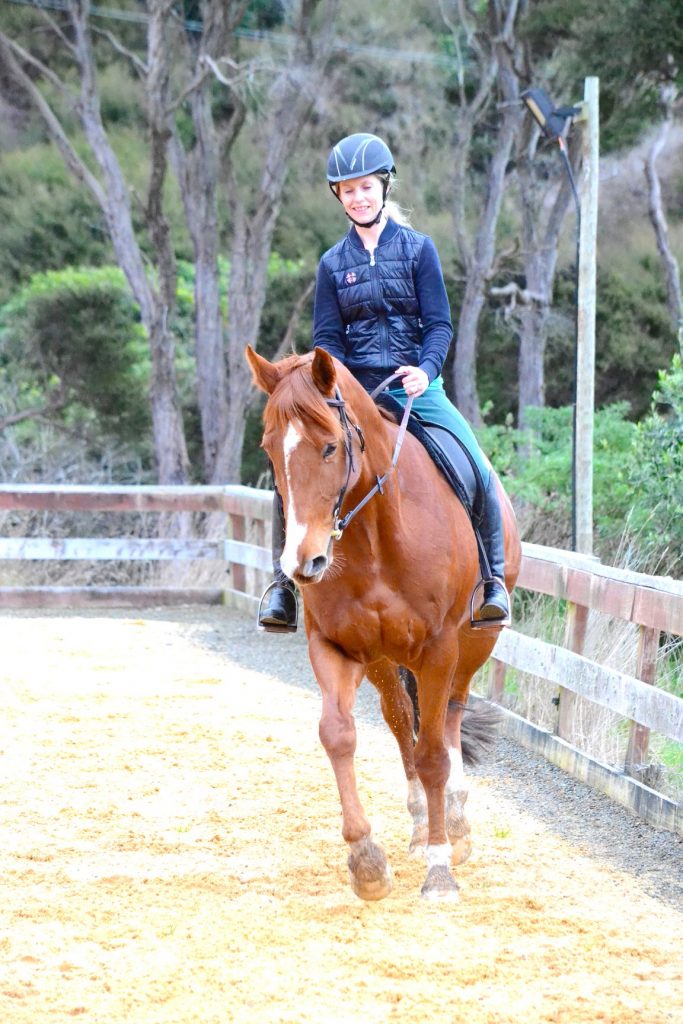 It’s easy to get caught up in the feeling that you are the only one who feels anxiety, fear or self-doubt, but what I find myself most apologizing for these days is my level of enthusiasm, excitement. You see, it’s part of the norm, almost expected that we gather together and share our concerns over what’s not right with ourselves, with our riding and with the world, but in my experience, what needs equal attention and love is the epidemic of well, all of us, who are afraid of being… shiny. Exuberant. Full of enthusiasm for what a broad sense of possibility life holds for us.

Gosh, sorry, I’m getting carried away, I say.

Or, wow, can see I better tone it down, I might add.

Or my internal voice, the Itty Bitty Shitty Committee might pipe up with, gosh Jane, wind it back hey! You don’t want to appear over the top!

But the truth is, screw that.

Enthusiasm, the ability to have something move you and cause you to bubble over like a human can of soda is something to be celebrated. It’s a signal you are in the midst that means something to you. Something that has sparked the internal flame, and all parts of you- the logical part, the feeling part, the energetic part have lined up and said YES! Pay attention. This is the good stuff that you want more of. This is the place you need to spend more time.

But for whatever reason, we are afraid of being our fullest, most shiny version of ourselves. And for the most part, it’s not because of us at all. It’s because we don’t want to make other people feel bad. We don’t want to separate ourselves from the idea of what is accepted or expected. And unbridled enthusiasm? It’s celebrated in children. As long as they stop when you say. It’s very rarely seen in adults.

So if you feel that energy, be fearless in stepping into its embrace. If other’s don’t accept it, that’s ok. Light always shines a torch into the dark places that some would rather forget were there.

But the most important thing, it’s not about anyone else. Suppression never gave birth to joy, or change, or connection. Whether it be good or bad, suppressed feeling turns in on themselves and become something they never were in the first place.

Joy is your reminder that you are part of the bigger matrix; allow yourself to be split open and let it overflow from within.