To Stay On Or Jump Off? 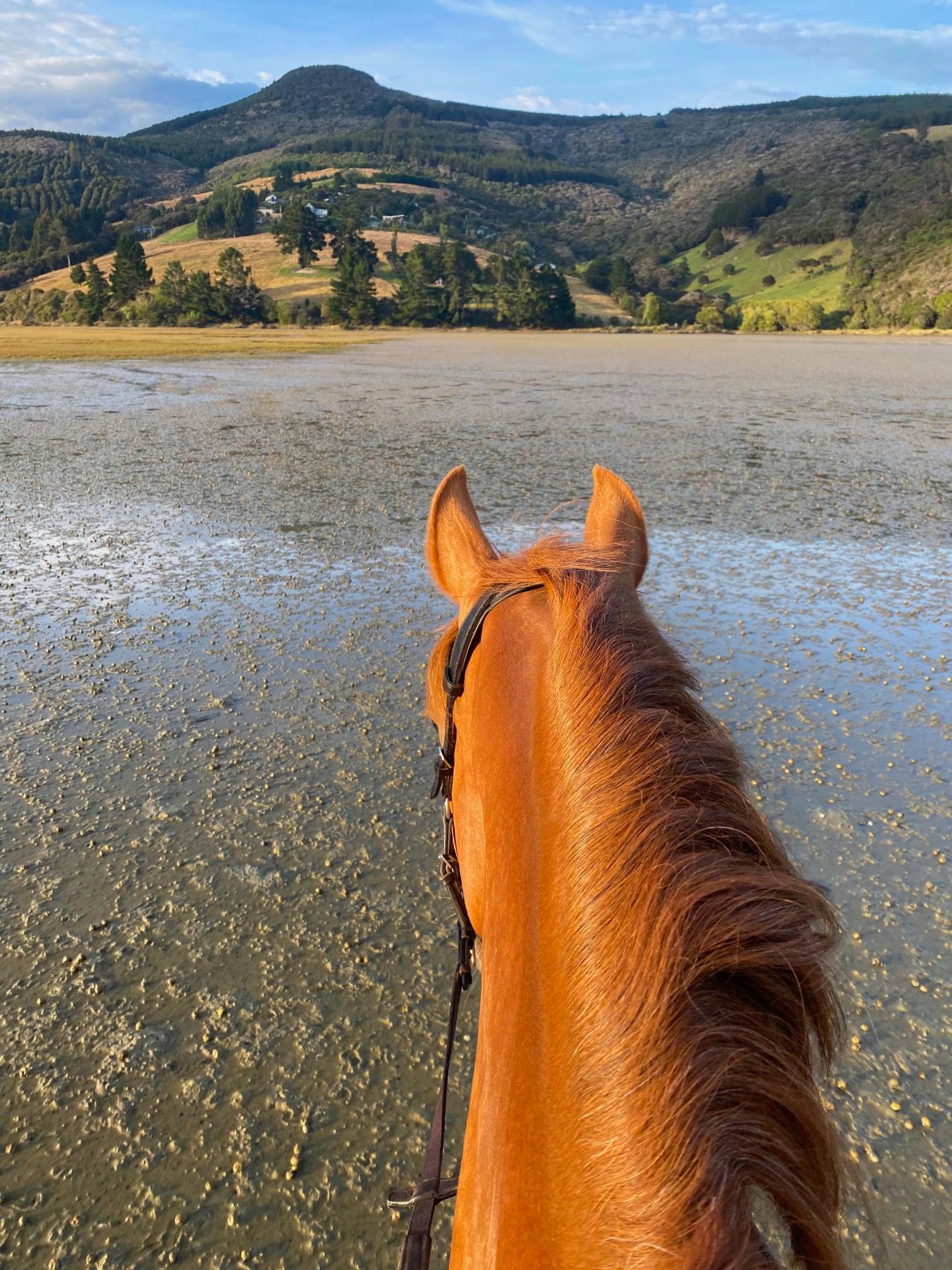 The other day, Sausage and I decided to go for a walk on the inlet together. It’s been an exciting time for us- she was starting towards the middle of last year, fell ill for a little time after and so was allowed time for rest and recuperation until she was back to feeling 100 %.

She’s been back in full work this last couple of weeks and despite having owned her since she was a weanling, this was actually the first time that we had been on the inlet together under saddle.

I led her down the road and jumped on once we hit the sandy flats. It’s soft and squelchy underfoot so she let her whiskers do some exploring, took a breath out, and let her eyes scan the horizon. We were marching along in fine form and then- we saw them.

Sausage froze. I could feel her heart beating through the saddle and her entire body went stiff.

The terrifying creatures in question were a small flock of migratory birds called Spoonbills. Pure white with spindly black legs and long, flattish black bill, they scoop up and down the water, as if wading for gold.

To Sausage, there was no time to mess around. One must save oneself at all costs.

The moment I could feel her heartbeat pulsing through my own body, I knew it was time to get off.

My intention, to the best of my ability, is to create successful experiences for both myself and my horse. At that point, Sausage had gone into a state of high activation freeze. She was concerned past the point of being teachable. If I had added energy to the moment by asking something of her, chances are it would have resulted in a little explosion. And frankly, I don’t really see the point of it.

I got off and we spent ten minutes walking in hand until she came back down.

And then, I got back on, rode to the furthest point of the inlet, got off, loosened her girth, and hand walked her back home.

Could I have ridden her through that moment? I would say yes. She knows enough answers to the questions I ask for it to be ok.

But I was out there, in a big space, with a horse who has little experience in this environment, and chances are I would have had to use more force than I wanted to.

In that moment, she needed me. And the best place for me to be there for her was on the ground, by her side.

I share this story because so often I hear feelings of shame or embarrassment for getting off your horse when either one or both of you feels overwhelmed about something. I’ll tell you straight- if I don’t feel like the saddle is the best place for me to deal with something, I get off.

With my young horses, I’m off and on all the time. Adding energy, meeting it, diffusing it. Off, on, off, on.

As your capacity grows together, you’ll find that the equation shifts. But we need to let go of this “push through” mentality that sees us stuck in unnecessarily stressful situations that could have been remedied from a very different place that are more easeful for everyone concerned.

There are no rules. Make decisions in the best interest of both of you, that allow for gentle movements towards better feeling places.

Apple Podcasts
Spotify
PrevPreviousWhere Is The Point That You Stop Yourself?
NextHow You Feel About Your Body Is LearnedNext