Notes from My Horsing Adventures 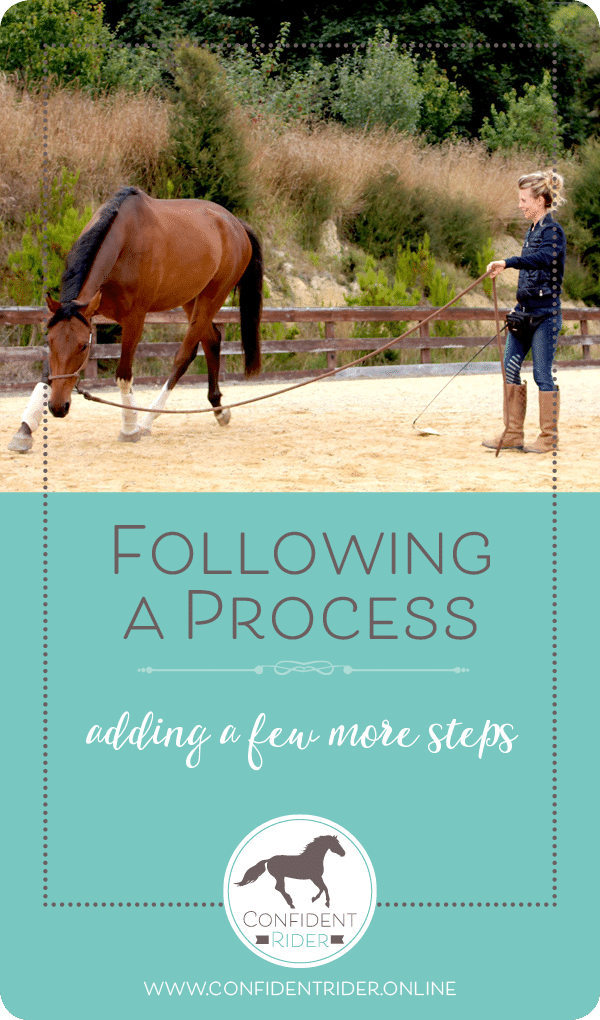 Deciding to start my own horse has always been on my dream hit list, but for some reason I never really considered it within my scope of possibilities. I have worked with young or very green horses in the ground work stages, and been the first jockey to take over after they have had the first initial rides, but I have never been the first one to back them, or see them through the very early ridden stages.

The decision to do so was motivated by a number of factors, one being that I wasn’t 100% sold on who to choose to take over such an important piece of the picture for me. I was no longer prepared to hand over the reins,

both metaphorically and literally, to someone I wasn’t completely sure of, and those I was sure of lived too far away. I had also invested in myself and my own horse training education over the previous years to the point where I was very clear on the approach to both handling and riding that I wanted and it became increasingly apparent that if I wanted it done in such a way, then I was going to have to step up to the plate and do it myself.

The primary motivating factor, though, was the horse that I had in front of me. If I were to completely humanize Dee, he would be the equivalent of the strong, exuberant, youthful child ready to jump into life. He’s a pleasure to be around. He’s family.

He’s also been fortunate never to have had any of the “bad experiences” that we so often read and hear about and so in essence is a blank palate in the best interpretation of the phrase. Having been privileged to have him in my life the last little while, he has taught me and given me so much that I consider the least that I can offer him is to carefully safeguard his education. If I had decided to send him away to be started and returned to me without his spirit and softness in tact I never would have forgiven myself. 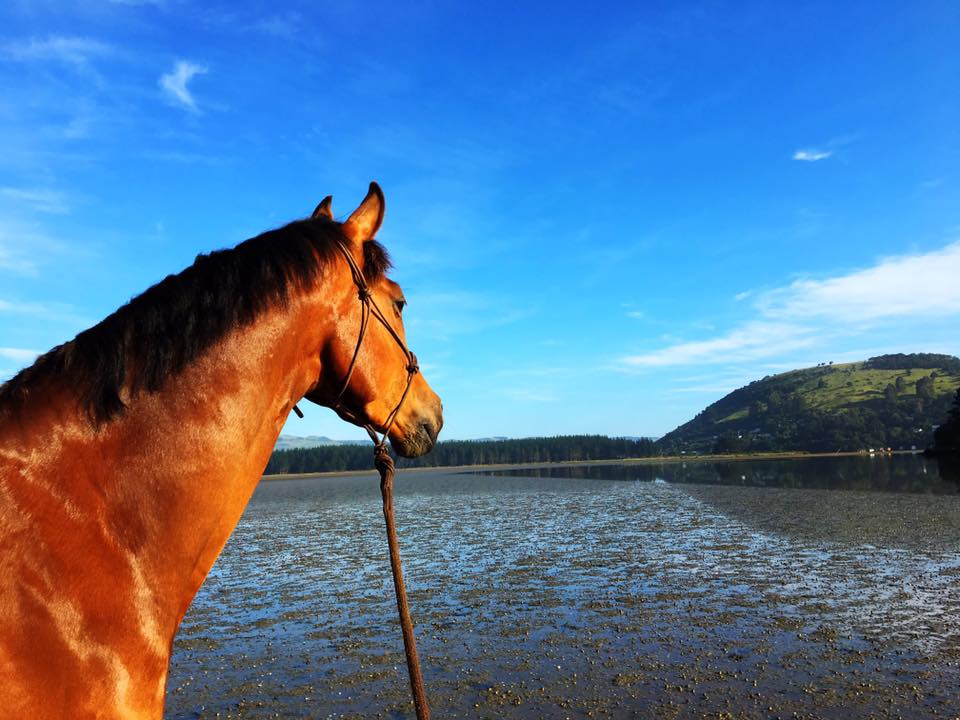 Arrogant? I can see how it could come across that way! But the truth of the matter is I had never been in such a position of choice before. I felt like for the first time in my life, I had skills to draw on that would allowed me to consider such a possibility, people around me with more horse training knowledge than myself who I could draw on if I got stuck and who could illuminate the path, and the best thing of all- I had time. If I abandoned the idea that moving from the ground to ridden stages needed to happen within a couple of months, I liberated myself to take the time that it takes to meet both of us where we are at, which is exactly what I have done so far.

Like nothing else before, the decision to go on this adventure with Dee has shown me the importance and power of process. I’m not going to pretend that the decision to begin has not been without its anxieties; I had a series of quite vivid visuals as to how that first ride could go and none of them were particularly positive! Fortunately, however, I know enough about the working of the mind to be able to keep myself in check; as is the case in almost all instances of anxiety and overwhelm, I was getting way too far ahead of myself. The anxiety that I was experiencing would, and has, been be taken care of by following a logical process; by making sure that my foundations are solid and by taking care to ensure that each step was easily understood and accepted by both of us before moving on to the next one. Working in this way has ensured that each new addition be it a stimulus, gear or activity has been pretty much a non-event.

For those of you in a similar position, pay attention to the process. Set your goal in the big picture and then break it back down to focus on the detail. By focusing on the detail, you are always working on what is within your control and influence and as a consequence, the big picture takes care of itself. 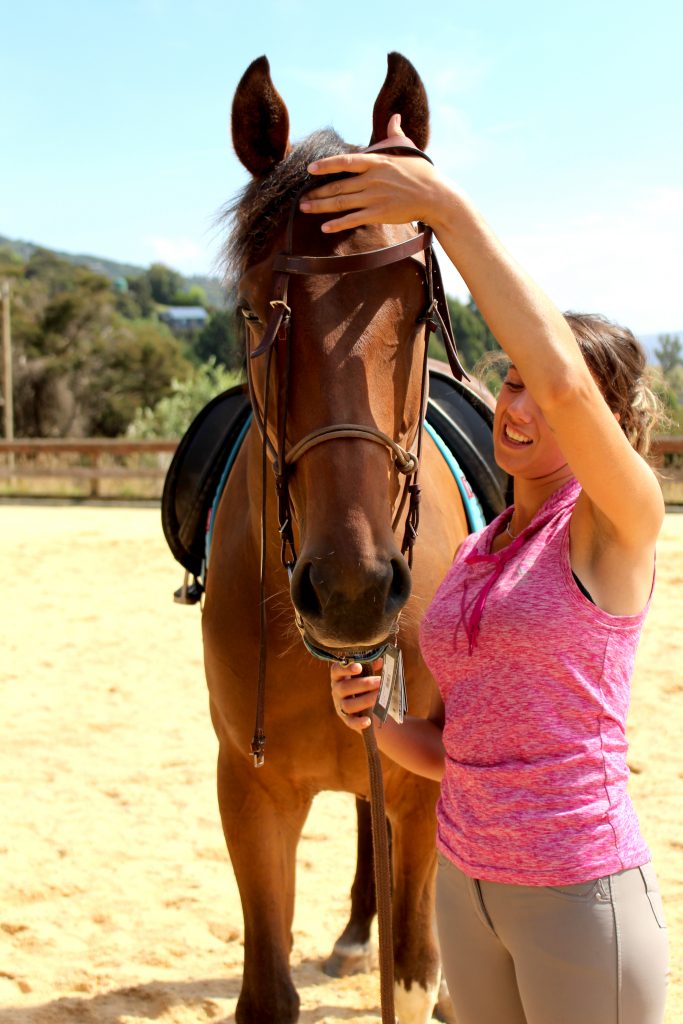 This past weekend, my friend and trainer, Ellie O’Brien has been staying with me and we have been adding a few more steps in. I’ve been so grateful for her advice along the way; she has a beautiful way with horses and a wealth of knowledge that I am so lucky to be able to benefit from.

Ellie has also been an important part of helping me define the very process I have been talking about. I’ve been part of her pilot Start Your Own Horse course; it’s perfect for people in a similar position to me, who have the goods and consider themselves proficient handlers and riders but are interested in more education and support bridging the gap between on the ground and under saddle. I’ve love the course so far and having Ellie to troubleshoot and discuss things with is a total godsend.

For us, this week was all about bridling. I had spent some time prior just working with the end of the lead rope up to his lips and then getting him to the place where he was happy to have it in his mouth, and now we substituted that for the actual bit and bridle. Success! 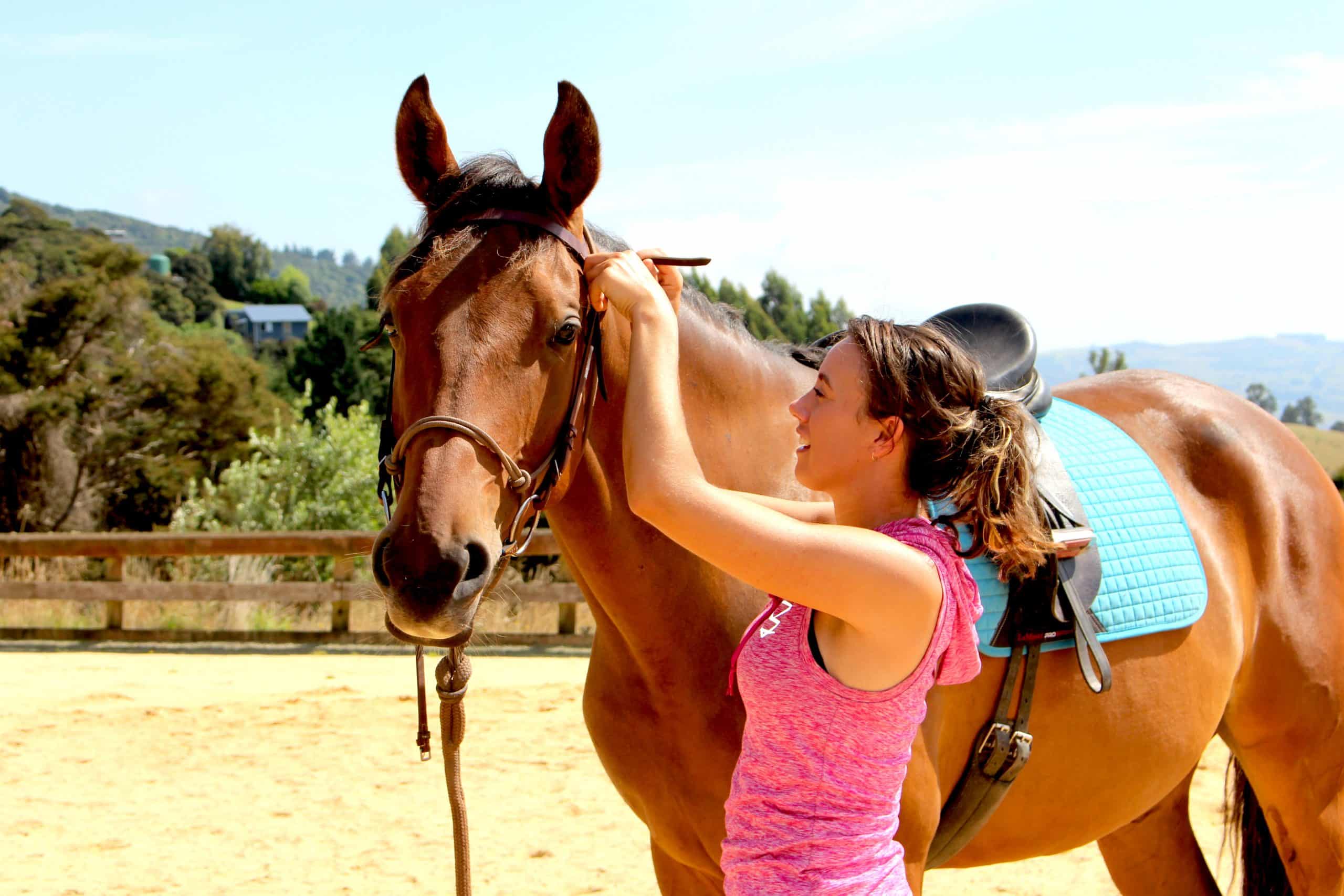