Showing Up For Ourselves: A Gentle, Informed Action 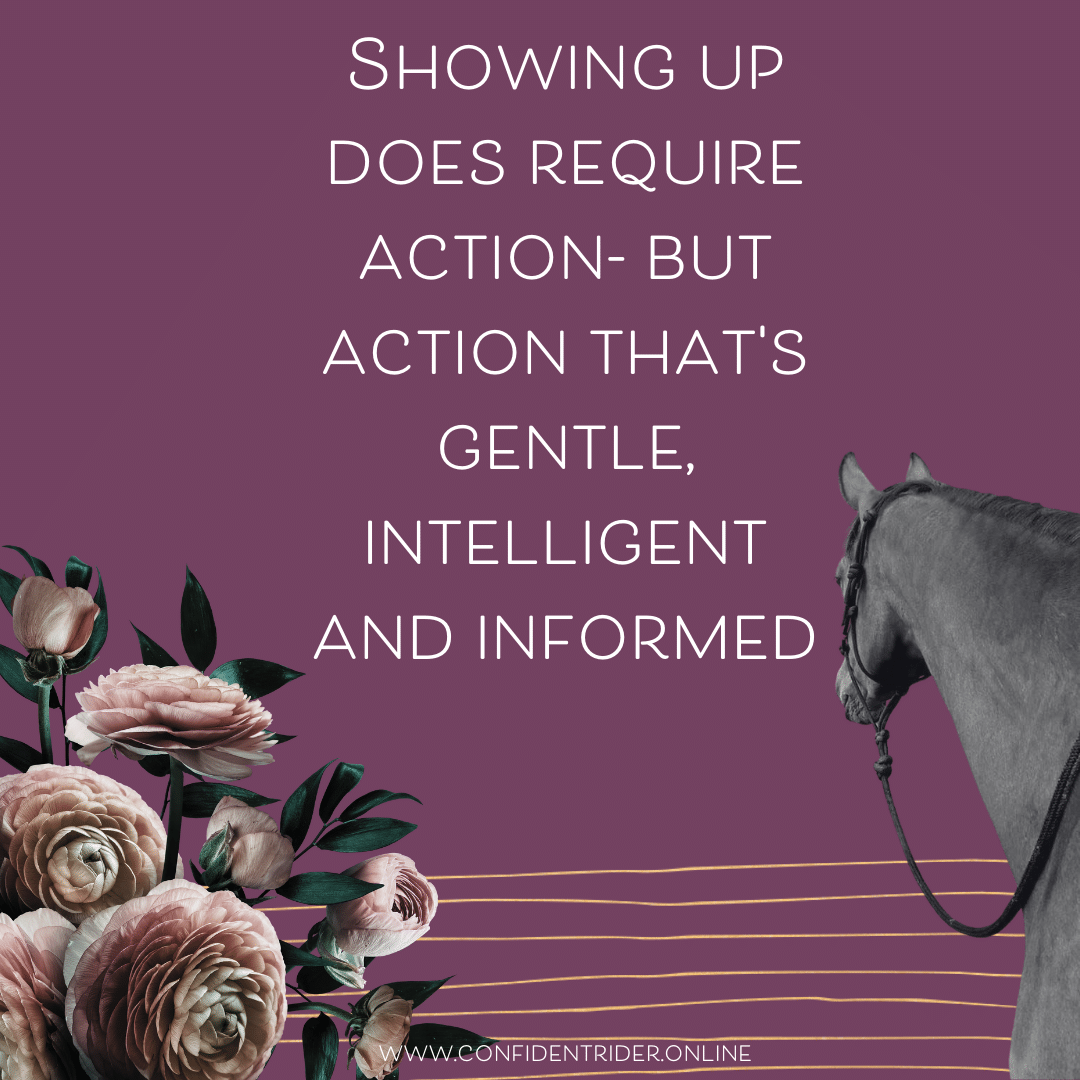 Yesterday, I talked about showing up and how showing up for yourself is a very different conversation from showing up in spite of yourself. We talked about meeting the energy where it’s at and taking consistent action to not only support where you find yourself currently, but also to allow yourself to gently move forward.

As with everything when we’re discussing things in snippets and sound bites, there’s always more to the story. What I want to talk about more are two different situations that can share the same outward manifestations, and how we would approach them differently. The first are the times when we’re tired and really need a break, and the second is when we’re in a low mood, potentially feeling depressed and our nervous system is in collapse. This is the one we are going to start with today.

But first… let’s veer wildly off the road and talk about how and what your brain needs to make good decisions for you in the moment (I know, a crazy u-turn but this relates to the conversation I promise). Our unconscious brain (the one ultimately driving the ship, making decisions about our safety, and choosing how to respond) relies on sensory information coming in. When we have an online and active sensory nervous system, our brain is receiving fresh input that allows us to meet the moment and to respond to it appropriately.

Easy right? Sensory information coming in. This feeds through to my unconscious brain; my brain makes a decision about whether to fire up the survival nervous system or not and spits any other relevant info through to the conscious brain so we can move forward accordingly.

Except there’s a catch. When we are in the survival nervous system, the incoming sensory info starts to get limited. By the time we are in the later stages of fight or flight and/or collapse, it’s like the volume’s been turned down to zero. Ain’t no new sensory input happening here.

This is not so problematic if we are only here for a limited period, and then we switch back out. But if we are spending more and more time here, the lack of new sensory input coming in is seriously problematic, and sooner rather than later I can find myself in a groundhog day loop of low mood, low energy, low everything. I’m stuck in conservation of energy mode. And my brain has no new sensory information coming in to change it up to anything different.

Because on the one hand, we know that action of some sort is needed. But on the other, the unconscious has chosen this for the body based on a very functional reason, and we don’t want to send anyone, least of all ourselves, to war within our own body and mind. Let’s face it, we already probably feel crap. We don’t need more of it.

In that situation, here are some things I know to be true.

If you identify with any of the above and your understanding of showing up is all about pushing through or actions that involve lots of energy, chances are you are involved in a vicious cycle of either being exhausted by just the idea of taking action or finding yourself not following through despite your best intentions and then feeling even worse.

Many of our conversations around action taking and the likes lack a fundamental element: humanity. If you have little to no understanding of the body and the brain, then it’s easy to dismiss someone in a state of nervous system collapse as useless or lazy. What’s more, if you’ve been there, you don’t need anyone else to call you that- you’re doing to and for yourself.

One thought on “Showing Up For Ourselves: A Gentle, Informed Action”