Afraid Of Cantering? Read This. 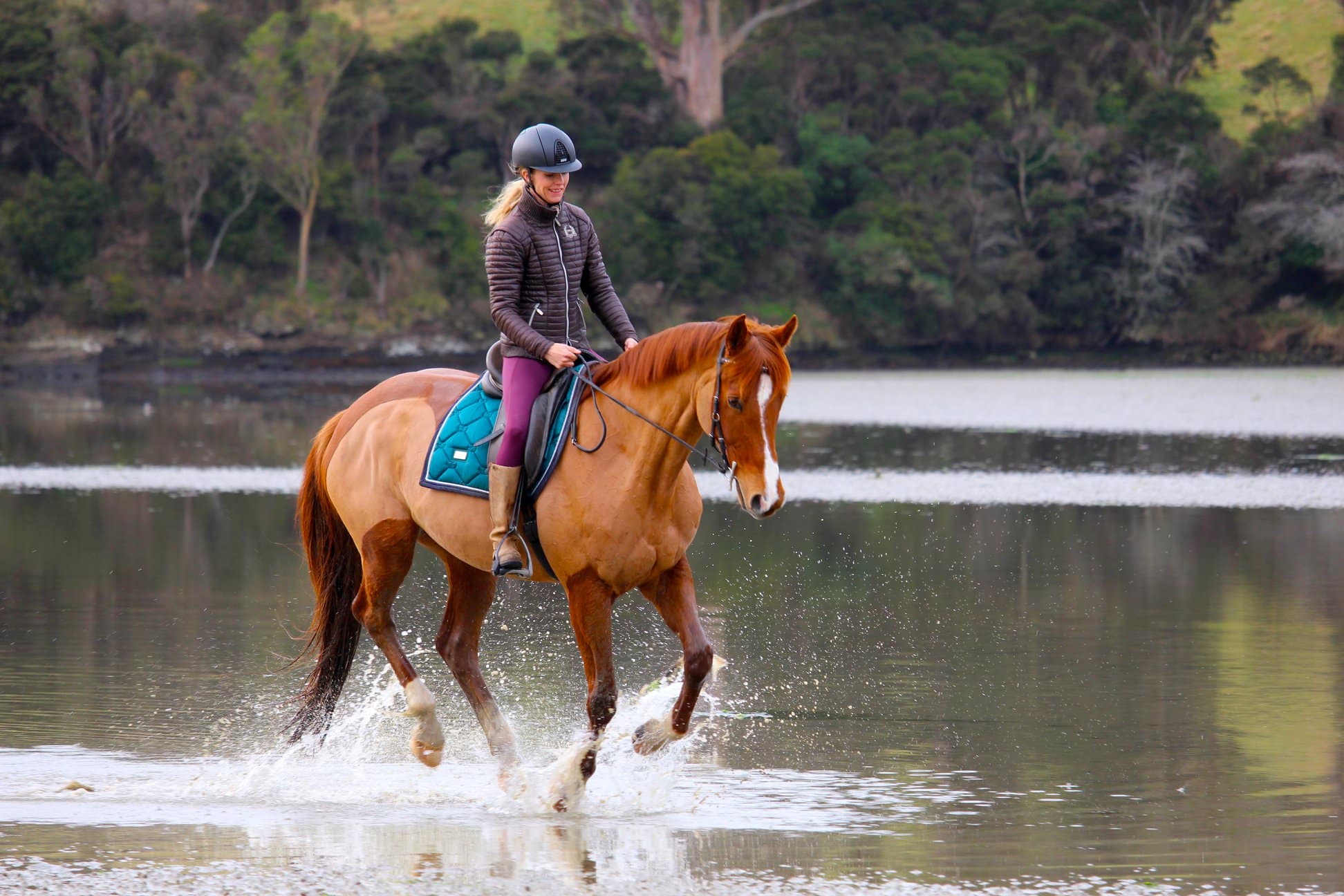 Way back in the early days of starting down the path I’m on now, I remember having a lightbulb moment when working with someone who was afraid to canter their horse. At this stage, we were still working on the ground and I watched as her whole body shrank in response to bigger energies from her horse. It’s was almost like an exact science; the “bigger” her horse became, the smaller she tried to make herself.

At that time, I “got it” without having an understanding of what exactly was happening on a nervous system level. On a physical level her body literally couldn’t receive or process the energy from her horse when he became more expressive. The moment she became aware of that energy mentally, she fused together the feeling that she registered with the story that she was actually in some sort of peril- even if the reality of the situation showed that this was very far from the case.

Fast forward to now, I have a full understanding of what was happening in the arena that day. On a nervous system level, her body simply didn’t have the capacity to hold that amount of sympathetic charge- the energy of activation or momentum. On a mental and emotional level, there was a fusion- what I refer to now as a coupling together- of that feeling or sensation with an emotional label, meaning that as soon as she sensed the energy physically, she felt fearful and afraid.

The flow on effect of this for the rider is falling into a default response of fight, flight, freeze or collapse (we tend to have a “preferred” channel we move into which is why I’ve mentioned them all) and this, in turn, means the horse is prevented- and sometimes never allowed- to move forward fluidly and freely.

It’s very much a thing- perhaps one of the most common things I work with. Your “I don’t have the guts to canter”, or “I’m too chicken for that” is not anything to do with courage or bravery. It’s your system telling you that this is too much- we don’t have the bandwidth to hold this within the current limits of our capacity.

The solution? To regulate the nervous system. To decouple the associations between activation in the body and concern or fear. To increase our ability to hold charge in the system.