{The Stories We Tell Ourselves} Our Relationship To Time 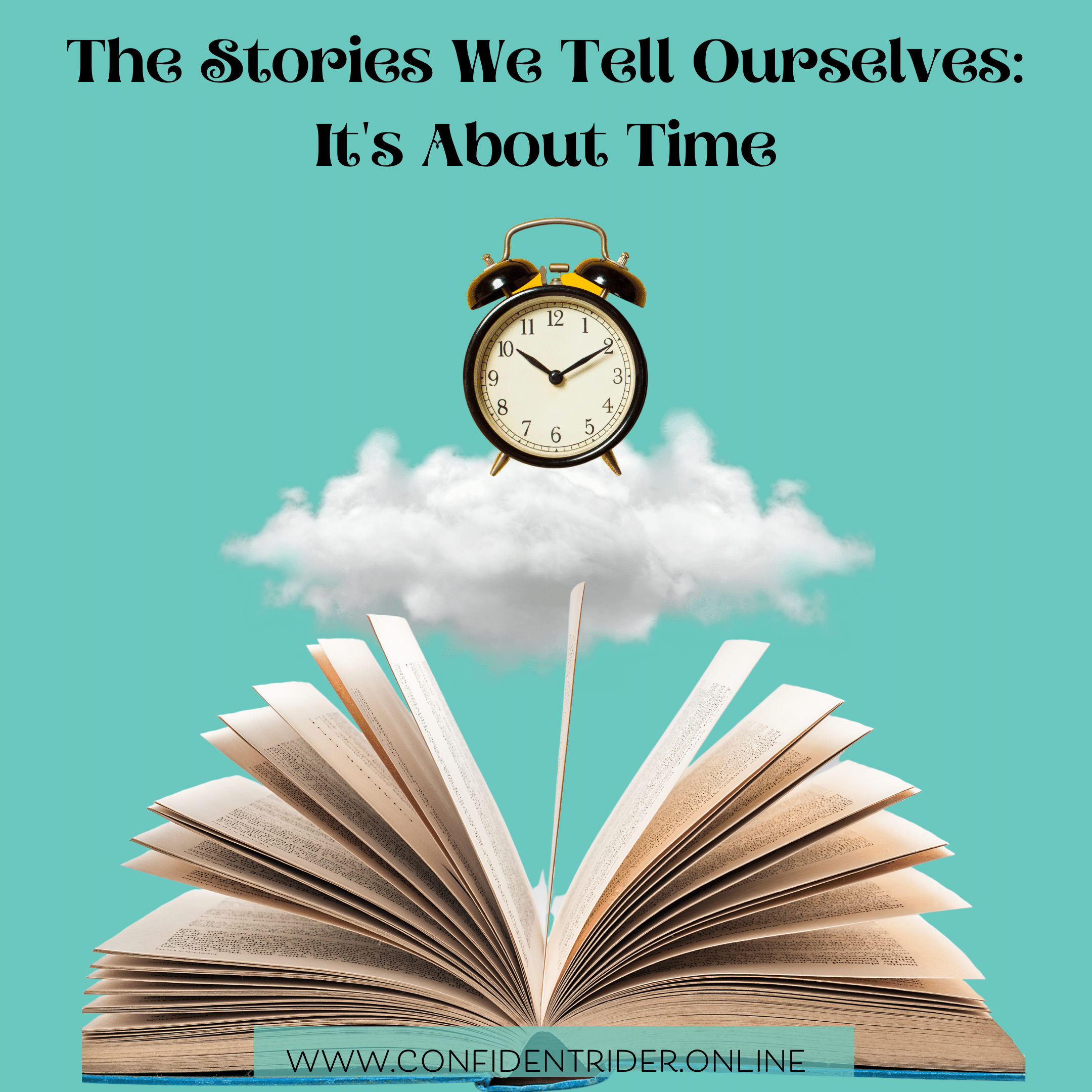 The thing is, I don’t have time.

Yes, another chimed in. We are time-poor. We would love to do this but it’s so hard to fit everything in.

I’m overwhelmed, said another. There are so many things to do and I don’t know where to start.

Last week ran to a theme. A few emails pattered their way into my inbox. Some posts appeared in my membership group. A couple of PMs slid in there for good measure. And they all said the same or similar things.

Time. We don’t have enough of it.

Exactly what there isn’t time for is (ironically) irrelevant to the conversation.

Why? Well, because we notice this story coming up in many different areas. To single one out…

I don’t have time to ride…

I don’t have time to study…

I don’t have time to do “insert thing of choice”…

… is to highlight the activity as the challenge, when actually it’s our overall relationship with time that’s gone a bit skewed.

So, as I sat back and read the messages and thought more on them, I realized something:

This wasn’t just a challenge for people I worked with, or those I came across that used a lack of time as their reason to not “do the thing”, whatever that thing may be. The idea of time- or the lack of it- was one of the biggest self-defeating narratives I played in my own head also.

Of the times that I have felt down lately, it’s because I have been swept up in the rapids of “not having enough time”. And the thing is, from the outside, that feeling is easy to justify.

As a snapshot of my life:

This is not a complaint. But man alive, some days- most days- I feel like there is just not enough time. As it is, I get up at 4:30 am to fit everything in. I’m not a slacker, and I’m not afraid of working hard.

But here’s the thing:

I don’t think my schedule is the reason that I feel like I don’t have enough time. And I don’t mean that in a self-flagellating, martyr-ring, addicted to busy-ness type way.

I think it’s the narrative that I run on repeat.

“I don’t have enough time.”

That right there is really getting in my way.

And as I fed the horses last night, I decided that I was going to, for the first time, really look at the program I was running and see what would happen if I shifted it.

If you want to join me, I’m starting a little challenge that is going to run to yet another theme called:

The Stories We Tell Ourselves

And this one is all about time.

Here’s what it’s NOT going to be:

It’s not going to be a self-help mini-course on helping you get more organized. Honestly, I think you probably know all about that.

It’s not going to ask you to break up your day into smaller chunks.

It’s not going to ask you to focus on gratitude.

I don’t know how long I’m going to do it for or what it’s going to look like (honestly). Just a series of emails which some questions to ponder and some awareness-es to develop most likely.

I’m just interested in having a gently poke around at the stories we tell ourselves about time and see what shifts when we become aware of those same looping thoughts.

We’ll see where we take it from there.

If you want to join me, you can do so by filling out the form at the top of this page.