Ninjas Never Give Up 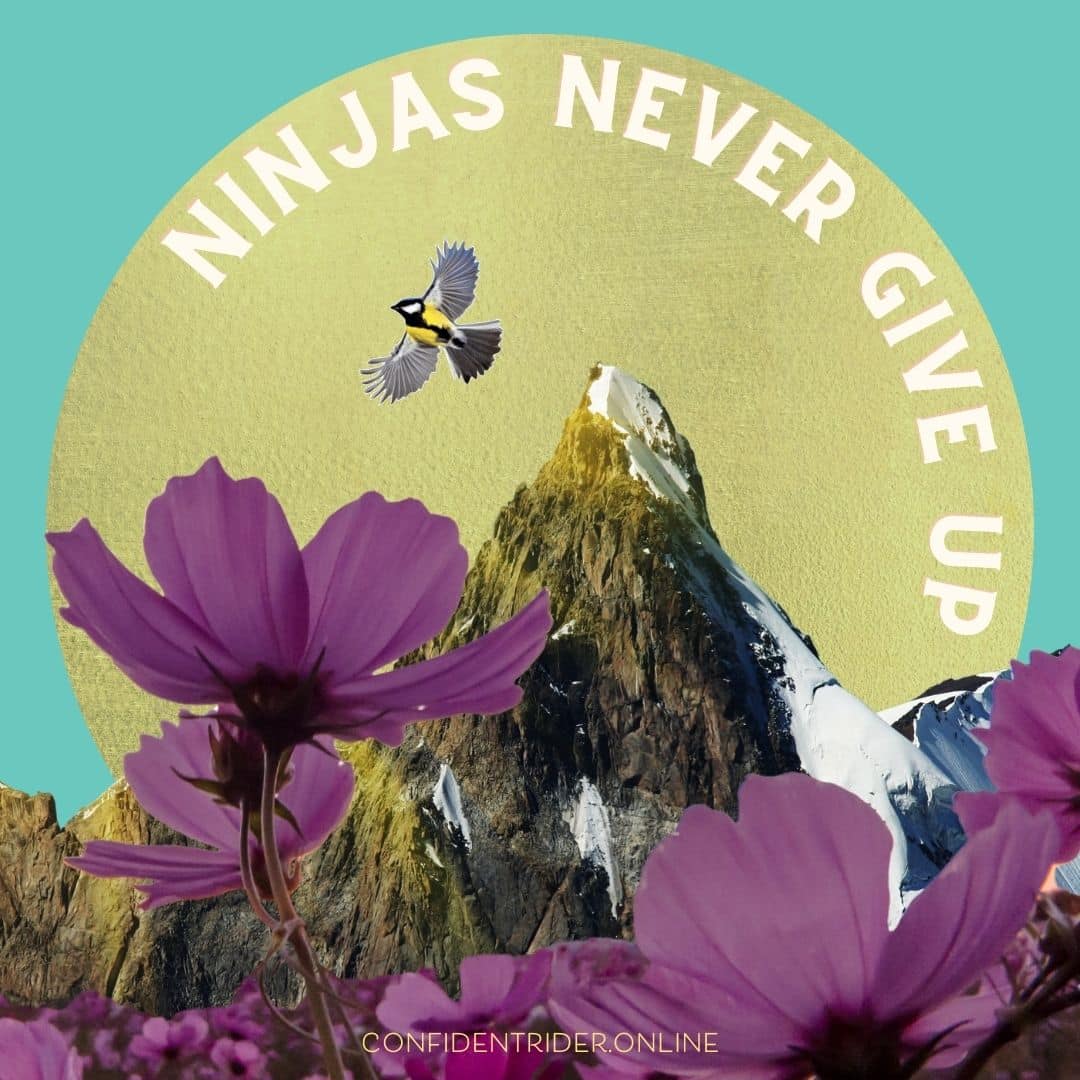 So, two facts about me that I don’t think are known outside my immediate family.

Which makes the second point slightly odd in that:

I don’t know what it is that enraptures me so much about climbing, especially given my personal aversion to some key elements associated with it. Maybe it’s the rawness of the experience. Even with company, it ultimately comes down to you and nature.

Maybe it’s the immensity. Seeing a human on a massive rock face helps me remember the natural order of things. I don’t know what it is. But I love it.
Swap scenes to yesterday and I was sitting in the kitchen with my two boys deciding what to do. Both boys wanted to go climbing at the indoor climbing wall, and I did a little internal groan. It’s basically a big, freezing warehouse and if you aren’t doing the activity yourself (I’m there as a support person for my littlest human, latching and unlatching him) the experience can be unappealing.

The other thing is that on the weekend, it’s usually rammed. You can’t hear yourself think. But on this day, for whatever reason, it was just us in this space of climbing walls and given the freedom, I turned to my boys and I said, I’m going to climb too.

Honestly, I didn’t think I would get much of a go at it. Potentially, this was my safety net. But then I saw my 5-year-old boy scaling the wall and failing, repetitively, about ¾ of the way up. At the bottom, he faced the wall and gave himself a pep talk. He looked seriously at the slab of faux rock, both fists in balls, and taking the position of a runner at the starting blocks said to himself out loud “Ninjas never give up”, before leaping back on the wall and scaling it again.

Given this, there was really little excuse I had. As the mother of a ninja, it seemed I must face my task. I didn’t have any trouble scaling the wall, but if I glanced down, the ol’vertigo comes into effect. I decided to let myself feel the fall and rappelled back down the wall, just to get a sense of what it was like.

Take two. There’s a moment that you face when you are afraid when you have a choice. You can either give in to what you are afraid of and abort mission, or you can take a moment. The beauty of this situation was that I knew I was safe. This was all a mind game. So when I felt the dizzy height fear, I paused and looked at the next smallest step on the wall. For those of you wondering what I said to myself, it was far less of a quote-worthy phrase than that of my child. I said to myself (and I kid you not- I may need to get out more and stop reading so many neuroscience boots), “control your amygdala, Jane!”. Slap that on a hat if you will.

But it worked. That little almond-shaped brain bit didn’t get the better of me. And despite having to actively talk myself through each time, I spent the morning indoor rock hopping with my boys. What’s more, to really show my amygdala who’s boss, we are entering the speed climbing competition at the end of August.

Because after all, ninjas never give up.