We are feeling creatures that think 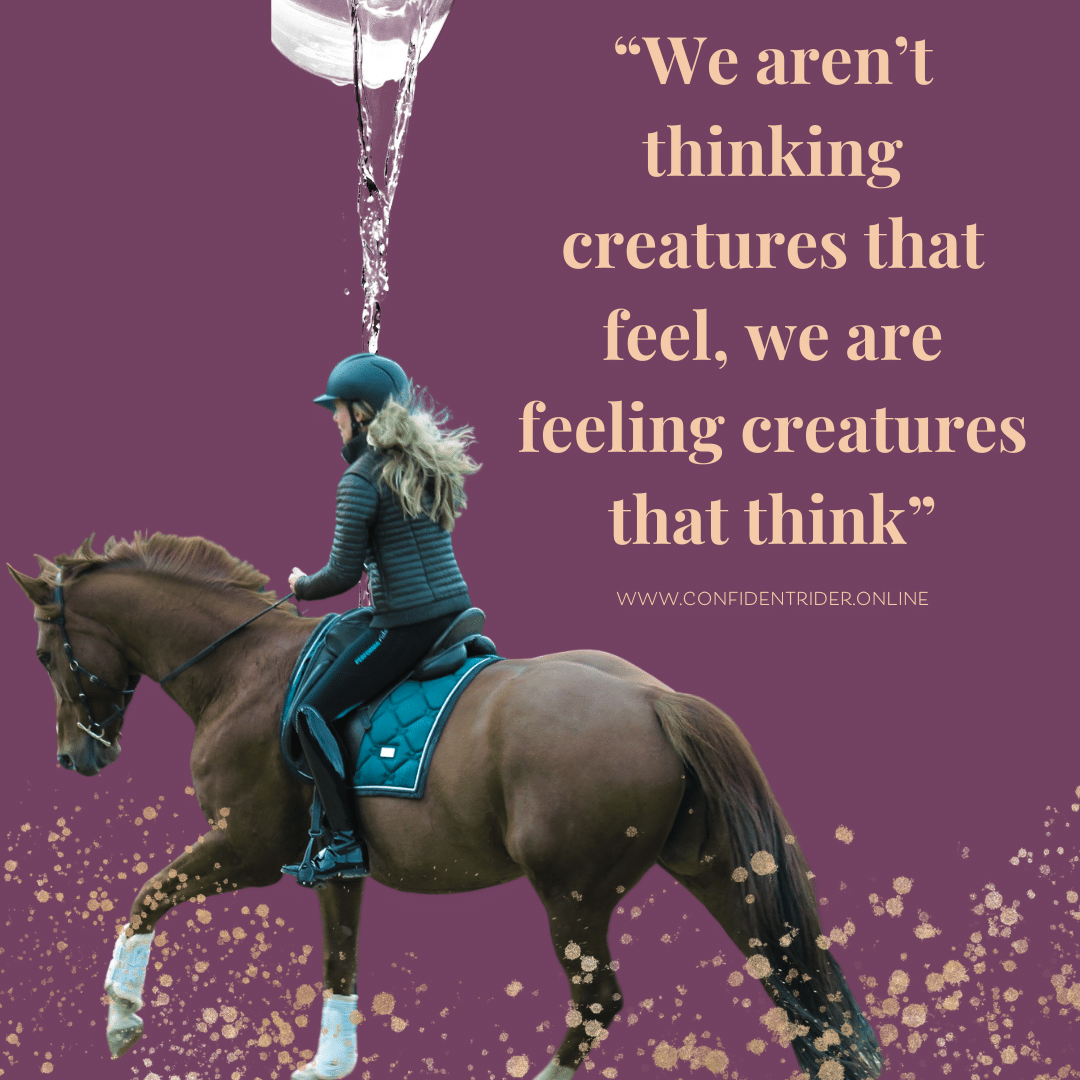 Over the last couple of days, we’ve talked about the subjective nature of emotions and how our labeling of emotions can limit the capacity of our brain to find the most adaptable response for the situation we find ourselves in.

This quote that I chose to go along with my writing today:

…I’m going to expand on that shortly. But before we dive into that more, I want to talk briefly about the brain and the two branches of the nervous system that you are no doubt familiar with; the parasympathetic system and the sympathetic (or fight and flight) nervous system.

As we move through our day, we are flicking in and out of the two like a light switch. In the ideal world, we only move into the mid to later stages of the fight-flight response when we are physically under threat. The problem is, many of us are living predominantly from our survival nervous system when it’s not required or warranted, leaving us depleted, anxious, and reactive.

Attempting to change your thoughts at the level of your thoughts (such as replacing one thought with another or trying to think “more positive”) will bring you limited or short-lived results. Why? Because we’ve failed to change the nervous system foundation they are growing from in the first place.

If we consider the quote again “feeling creatures” (via my interpretation at least) refers to our senses. Our brain takes in sensory information through various channels and uses it to decide our relative safety in our environment. The result of this sensory information is an overall nervous system response that informs my thoughts.

One of the “catch 22’s” of living from our survival nervous system is that sensory information becomes limited; we become more sharply focused on what it is that brings us concern, but the overall flow of sensory data is greatly reduced. Over time, my brain has less current information to go on, leaving it with no option than to respond in the same, predictable ways it has previously.

What’s more, your nervous system can’t be changed consciously. You can’t decide or think your way out of your survival nervous system, as much as we would like to. More on that tomorrow.
But for now, remind yourself that you are, in fact, a feeling creature that thinks, rather than a thinking creature that feels. Your thoughts are secondary, not primary.