The Seat & The Pelvic Floor 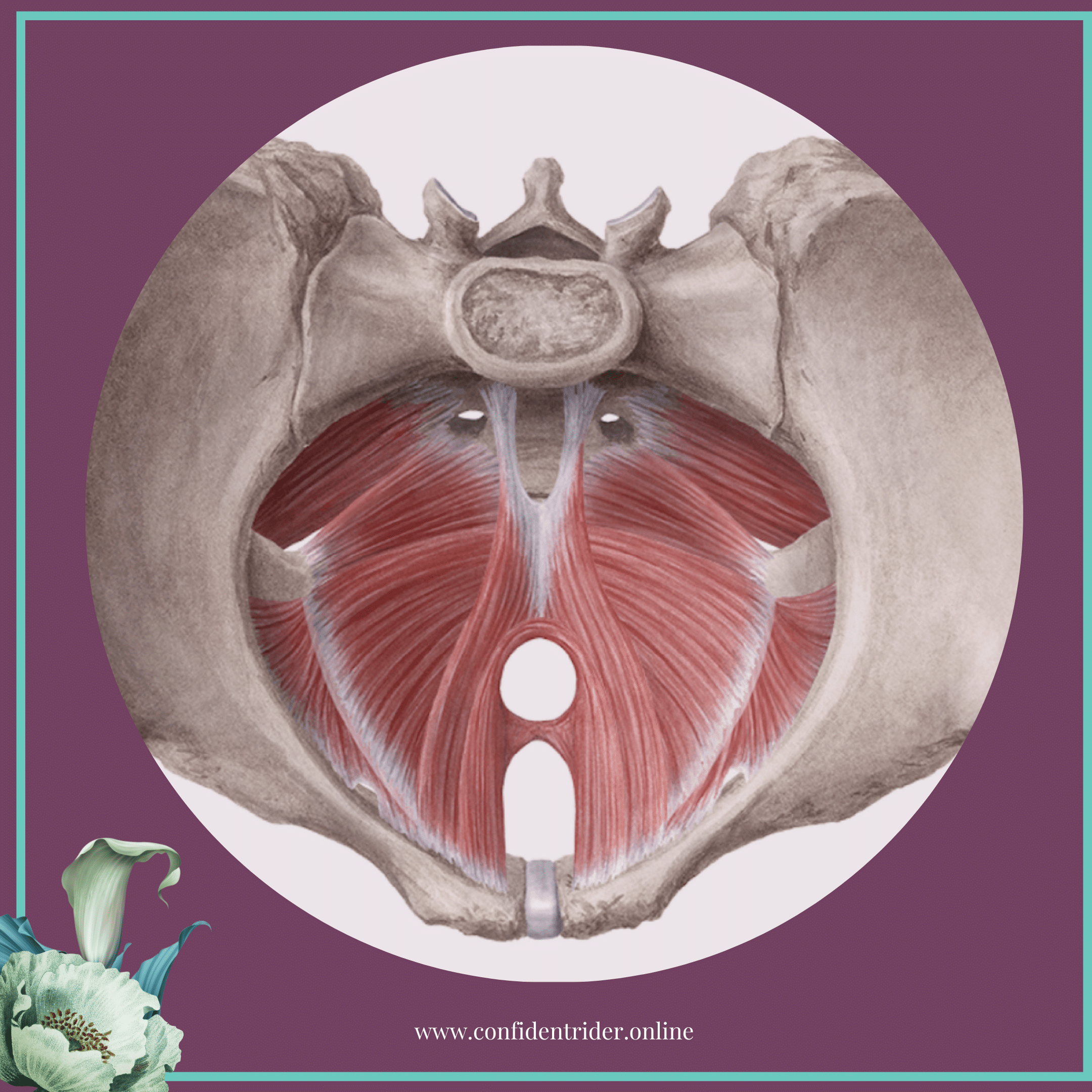 What you are looking at in this image is a drawing of the pelvic floor, looking from the top down. You can see how complex it is, and how the fibers run in various different directions.

You have the front to back fibers, running from the tailbone to the pubic symphysis. And then the fibers that fan out to the side like butterfly wings.

The reason for this arrangement is to allow for the independent movement of the left and right side of the pelvis. The long, central fibers elongate and move to allow for the centreline (the superficial front line of fascia) and pubic symphysis to move forwards and backwards in space. At the same time, the fibers to the side fan out like a stingray, allowing for the openness of the pelvis to be preserved and ensuring optimal motor function.

In the parasympathetic, the pelvic floor musculature hangs below the bony structures like a hammock; as it meets and outside force (such as the saddle), the fascia responds with an equal and opposing pressure, allowing for even surface contact pressure and the integrity of the system to be preserved in spite of changing environmental conditions.

In the sympathetic system, the pelvic floor draws up and in towards midline, pulling the bony structures together. The pubic tubercles at the front become compressed; the PSIS move closer together and limit the movement of the sacrum; the entire pelvis moves into a posterior tilt. When this occurs, the pelvis can no longer move each side independently, but can now only move in a teeter-totter action, as the lumbar spine goes in and out of the tube of body to power movement.

When we discuss the seat and position, we are often considering the pelvis within the window of its sympathetic motor patterning. In the sympathetic, the entire pelvic rim folds in and up; it does this to compress the femoral artery, to trap blood in the legs, and the maximise surface contact pressure through the bony structures by bringing bone on bone, to maximise our force output in survival situations.

So many of the cues we are given in riding situations visually recognize this fight/flight patterning but seek to correct it through conscious adjustment- which leads to a never- ending succession of course corrections as patterns of compensation arise in other parts of the body. We have to work with the underlying neurological templates that are choosing to place the body in this position in the first place.

Over the next couple of weeks in JoyRide, my membership program, we are working with the pelvic floor. Details below for those of you keen to join me.