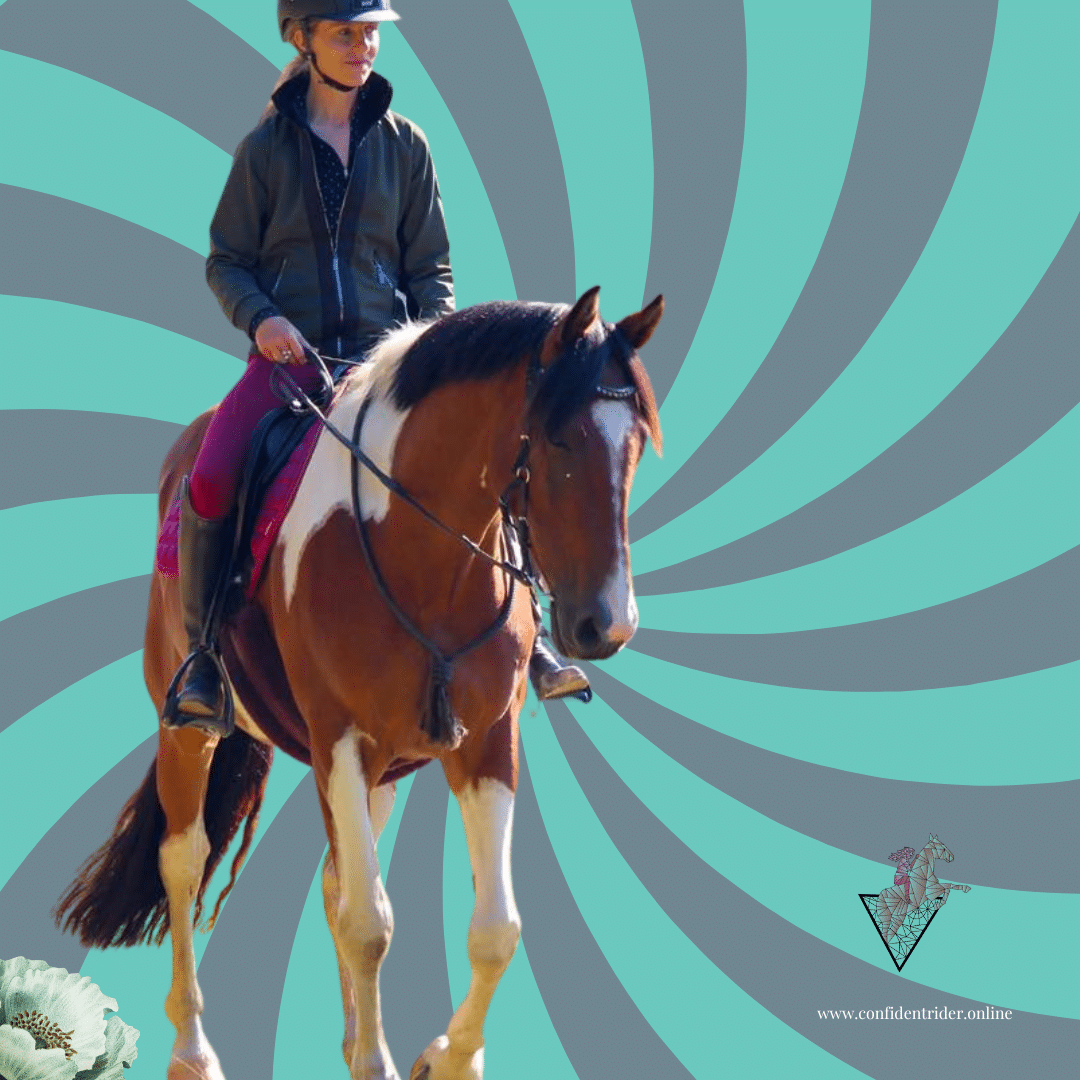 On Tuesday, I caught Merc and brought him into the yards with the plan of going down to the arena and working together. By the time we had made it from his paddock to the tie up space, I knew something was off. He was as high as a kite and somewhat fancied himself as the paint version of Spirit, Stallion of The Cimarron. His posture was high and tense. He was reactive and jumpy. All very un-Merc like things to be.

I knew instantly what it was all about. Over the last 24 hours, I’d grazed him on a short, relatively eaten out paddock while I got things ready to shift the horses around for their winter grazing, but there must have been enough of the rocket-fueled sweet green stuff for him to decide this was the beginning of his tap-dancing career. I abandoned my plans to ride and instead thought we would head down and do some in hand work instead.

The beginning of our session started predictably, and such is Merc’s heart and mind that even when he’s juiced up he does his best to figure out what I’m asking of him. Then our neighbour walked up the road with her horse and for a few moments, he forgot all about me, puffing himself up and out in all directions.

In that moment, I had an interesting experience. I felt myself become something which I would label as frustration, and I clearly witnessed the course it took through my body.

But instead of buying into it; instead of investing in the frustration, holding hands and taking off together, my mind said to me, it doesn’t matter that you’re frustrated. So be frustrated! But remember, being frustrated is not a get out of jail free card.

You can be frustrated and still pay attention to what’s in front of you.

You can be frustrated but you still need to make a decision based on what your horse is showing you and move from that place.

I find it hard to articulate what a powerful moment this was for me. The experience of an emotion is defined as a physiological event in the body, followed by a subjective interpretation. That’s it. What gets us into trouble is not, then, the experience of the emotion itself, but the meaning that we attach to it, and our habit of being unrelentingly focused on a fixed outcome that is mismatched to the experience we’re actually having.

We hear a lot about leaving our emotions at the gate or separating emotions from experience. All of which leave you trying to be something that you’re not. Great in theory (or is it?) but impossible in practice.

So, while we can’t leave our emotions at the gate, what we can leave is our labels and our stories about what they mean.  We can allow our bodies to have the physiological experience of the emotion without grabbing onto it and falling down the rabbit hole.

I’ll write tomorrow about how we can “map in” emotions and sensations, and how that leads us into a sympathetic spiral, but for the moment, it’s interesting to note:

My frustration coursed through my body in less than 60 seconds. It came, passed through, and left without leaving a residue or an imprint. It was fleeting. A blip.

Not defining. Not overpowering. Not immobilising.

Just a physiological experience that passed through, and on its travels, caught my attention.