Put Your Shoulders Back! And Other Motor Patterns Of The Fight Response 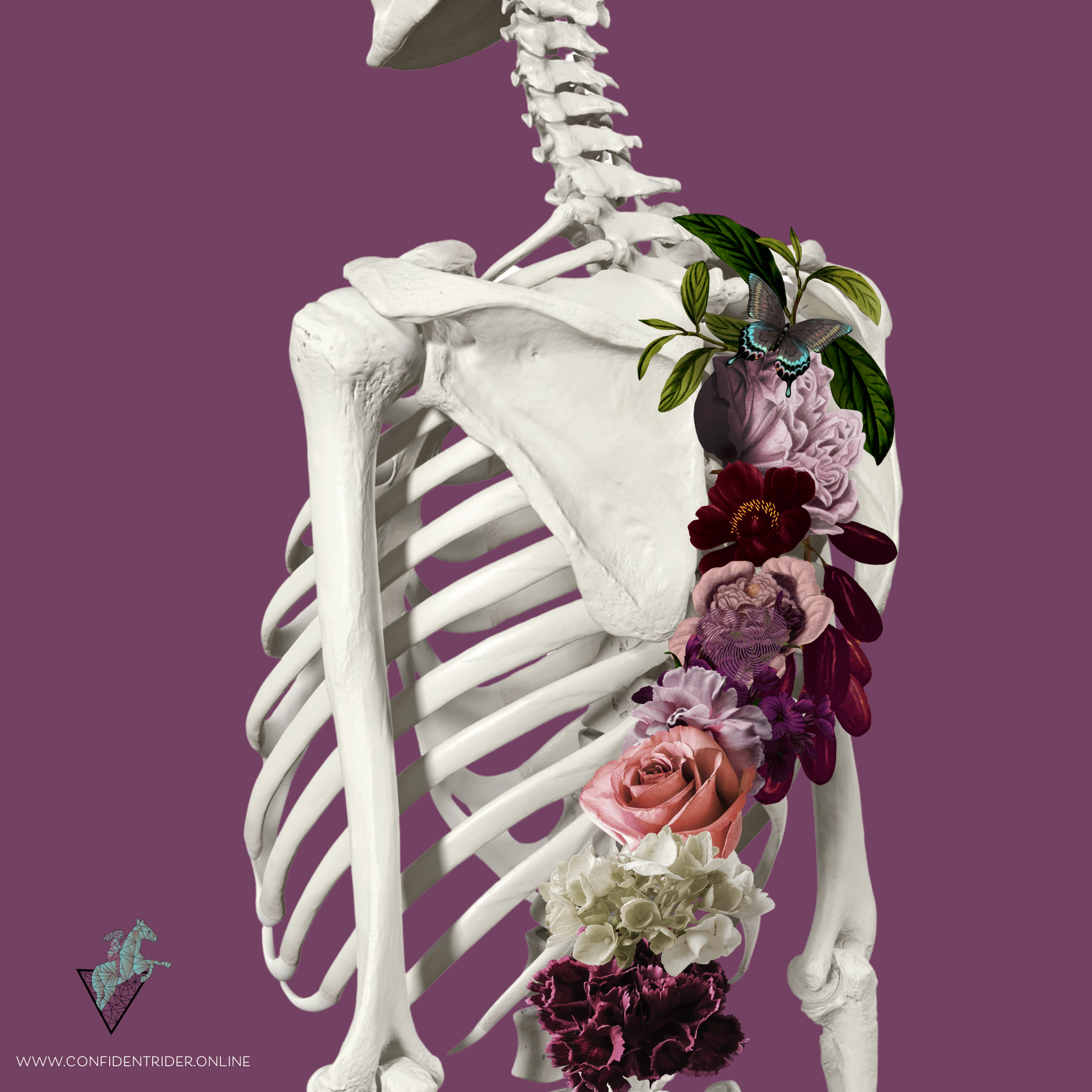 The scapula, or shoulder blade, is something that most of us are pretty familiar with, as far as parts of the body go. The position of the scapula not only tells us a lot about the state of the nervous system generally, but dramatically influences our ability to maintain forward, steady and connected hands when riding and maintain a posture that allows for easeful and efficient movement.

As far as riding instructions go, it’s also a body part that gets a lot of attention.

‘Put your shoulders back!’ or ‘sit up straight’ often results in a physical manipulation that involves drawing the shoulder blades in and back. This pinching of the shoulder blades together is one that mimics (and thus triggers) our survival nervous system.

When the medial border of the scapula (the inner edge that sits closest to the spine) runs straight (so the bottom and top tips are parallel) we are assuming a motor pattern that is part of the fight response. We might appear “straighter” but in order for the rest of the body to take shape, the lower back gets shoved forward into the tube of the body, compressing the sacrum and blocking the independent movement of the pelvis from left to right.

In turn, our arms become more rigid (the elbow caps lock as part of the same response), the arms draw back and in order to take the hands forward, the entire torso needs to move.

It’s the chain reaction of attempting to control and correct posture through outside manipulation, rather than considering it from the inside out.

Organ placement, for example, dramatically affects posture, and they change their positioning from the parasympathetic and sympathetic systems; something that is barely- if ever- considered as part of this equation.

Your posture is a symptom of your nervous system state. To address it, you have to look at the underlying neurological patterns that are controlling the entire structure of the body.

Our movement work this week in JoyRide has been working with the scapula and looking at the sympathetic patterns that affect posture and performance, both in and out of the saddle. If you want to come join us or check it out, you can do so here.