How’s this for something to practice?

When it comes to evaluating or reflecting on a training session, it’s easy to become outwardly focused.

“My horse did this…”

“They said this and it caused me to do this….”

“This happened because of this situation/person/scenario and as a consequence, I had no choice but to do ‘x’”

For the next 24 hours, see if you can evaluate any training sessions or interactions that you have with your horse and remain entirely self-focused throughout.

Most of the ride was ok, but he spooked at something unknown in the bushes down the far end of the arena and for the rest of the session, we worked on emptying out the tension.

He was a bit behind my leg too- it felt like he was sucking back when I was asking him to go forward- and he definitely had a tendency to drop his shoulder when we were going to the right.

I needed to be more aware of where I was holding tension and to make sure that any tension he was holding wasn’t originating from or being mirrored in my own body.

At times, I let me focus get ahead of me and I became more concerned about what was concerning him, rather than focusing on what I could do to facilitate relaxation.

Overall, I’m going to practice doing less and seeing if that decreases the resistance to forward and make sure I’m evenly placed in the saddle to encourage that straightness in him also.

Being self-focused brings your attention back to your ultimate point of influence: yourself. It also ensures that you are operating from a place of full responsibility and with enough discernment to understand that you are always a primary agent in the equation. 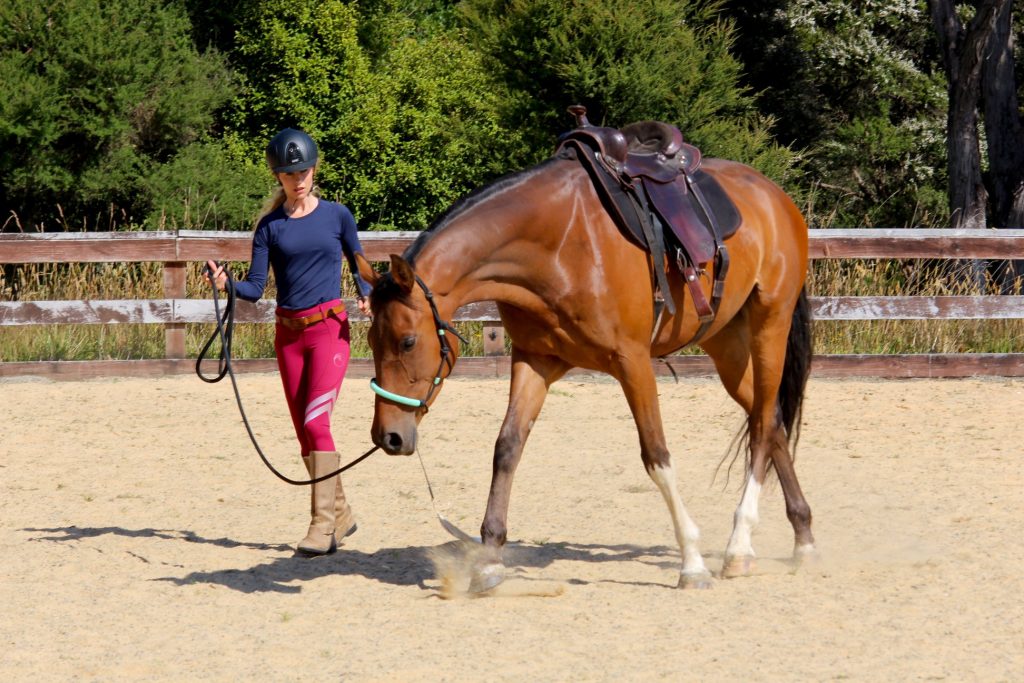 Like Confident Rider page on FB to find out about the upcoming FB Live Sessions:

Sign Up For my FREE 5 day Confident Rider Training Program now and learn the skills you need to ride with joy and confidence.