My whole world blew apart when I stop thinking in terms of straight lines and instead began thinking in cycles. After all, nature moves in cycles. The seasons are cyclic. The days are cyclic. Hormonal patterns are cyclic. Being of nature ourselves, it makes sense then that our learning, understanding, and growth is cyclic too.

Removing myself from the idea that progress and success was a trajectory from A to B was not a simple one. As I began to distance myself from the conditioned version of success so well-known to many of us, I learned to embrace familiar challenges with a renewed sense of purpose and understanding. What’s more, I came to understand cyclic “problems” not as personal failures but as invitations to apply new skills, learnings and awareness that had been unavailable to me previously. What I saw now presenting was not a roadblock but a necessary part of my evolution; it was an upward cycle of progress.

One of the most common “deflation points” I see with riders that I work with are feeling of failure or disappointment around situations “coming back” that they had considered resolved; this is especially common in situation where there has been anxiety or trauma. For instance, if you had previously identified as being a nervous rider, but had got yourself to a position where the nerves had taken a backseat, feeling that familiar flush of concern in your tummy when it comes to saddling up can feel like the past has come back to haunt you.

I thought I was past this!  I can’t believe this is happening! Am I never going to get over it? 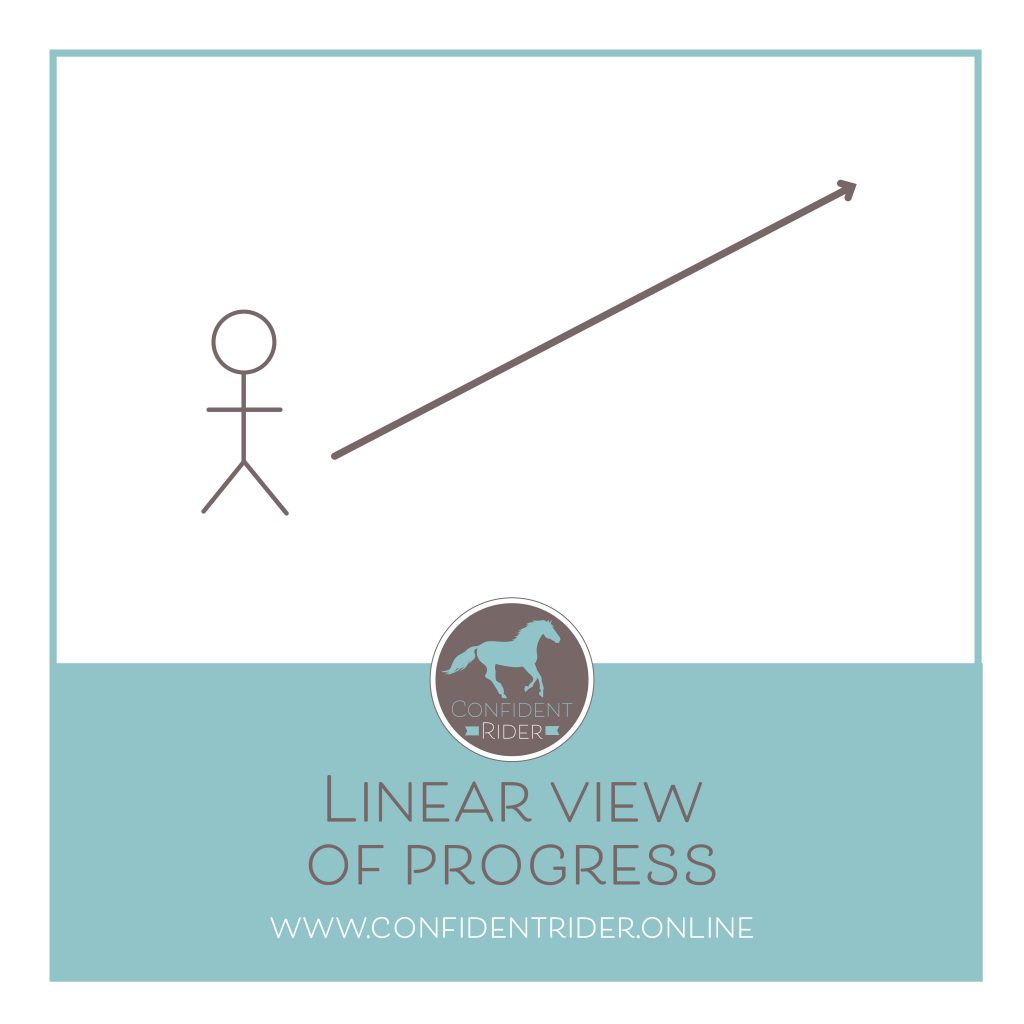 The “will this never go away” feeling is a typical one when we are operating from a linear mindset. It causes us to compartmentalize what it is we are experiencing into categories such as good, not so good, working on it and done. The “done” box is where we come unstuck. When we consider an experience to be done, any experiences to the contrary are disempowering and deflating. We berate ourselves for not being better than this,

stronger than this, less of a failure. What’s more, we think that we are “back at the start” and lose the sense that we have made any progress at all.

The thing is, we are only able to deal with a situation within the skillset and understanding that are available to us at the time. Doing the work does not mean that you will never experience anxiety, fear or upset (for example) again, but it does mean that within the range of possibility that was available to you at time, you created enough momentum to move you towards a better feeling space. 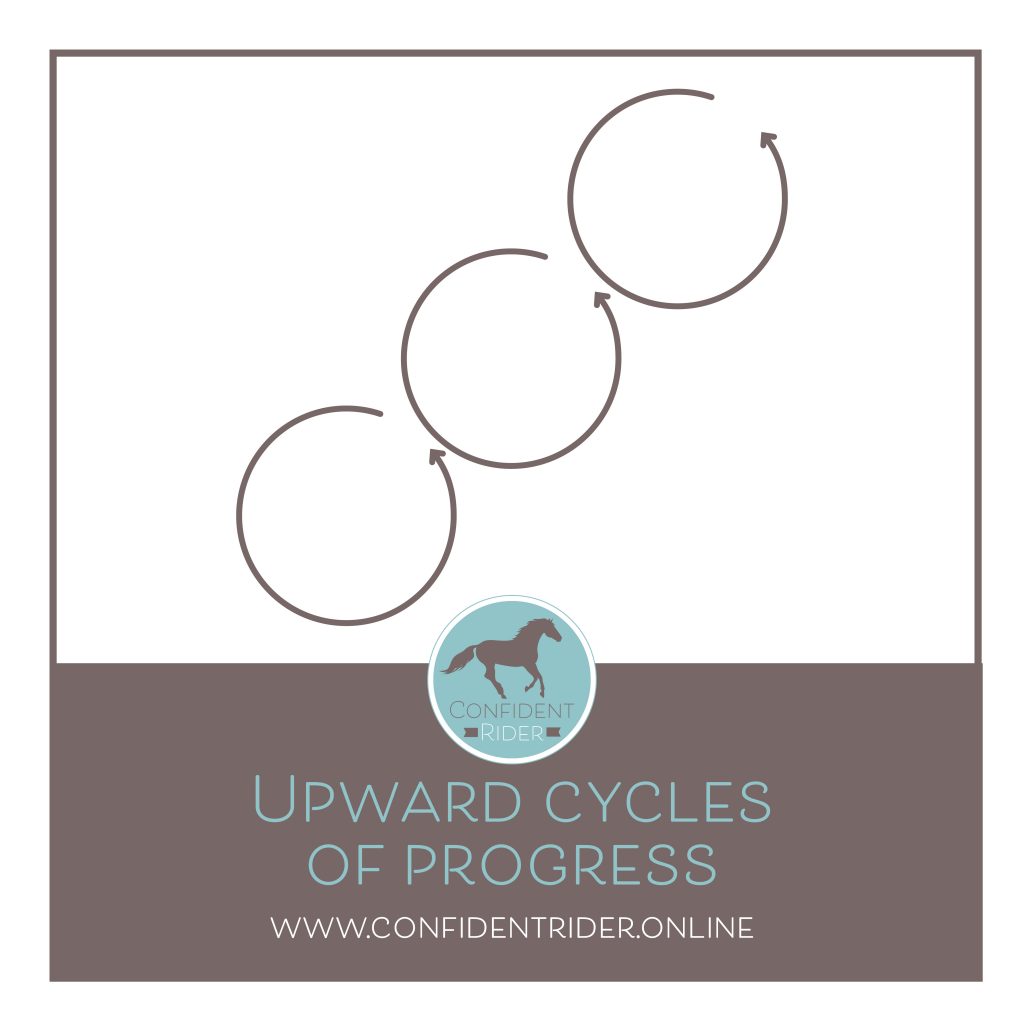 If in the future, the same fears or anxieties return, it’s not a failure or a reflection of deficiency on your part; you aren’t in the same place that you were before. You have moved forward. Instead, what you are now presented with is an an opportunity to renegotiate that same experience or feeling state with the new skills, understandings and resources available to you in the position that you are in. An upward cycle of progress.

Peeling back another layer.

Another invitation to take things forward.

8 thoughts on “Upward Cycles of Progress”

Apple Podcasts
Spotify
PrevPreviousCreating Clarity: I feel, I want, I’m willing
NextThe 3 Relationships: With Ourselves, Each Other & Our HorsesNext