Over the Stable Door with Tania Kindersley 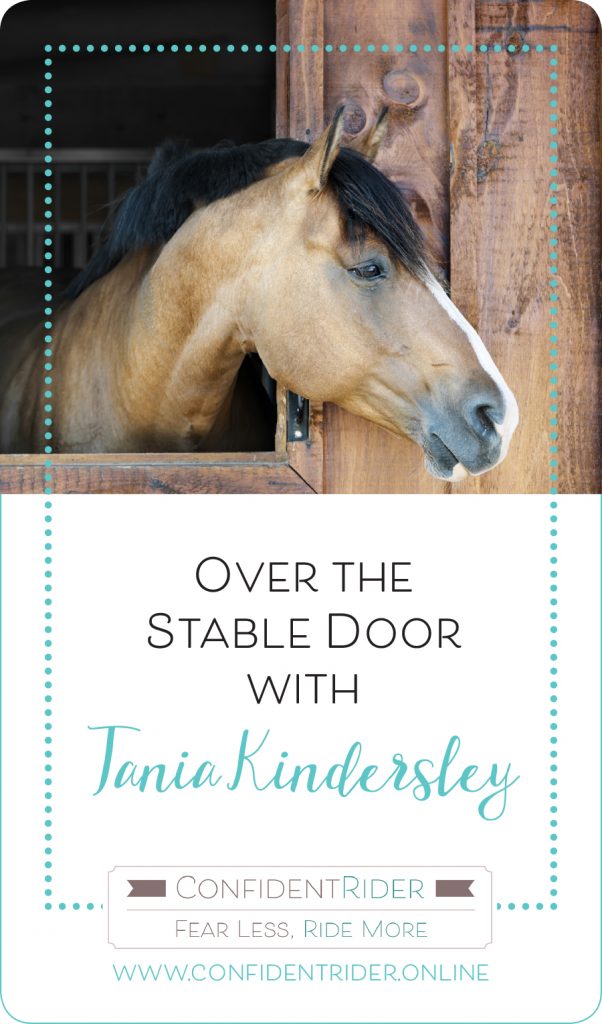 For those of you not familiar with Tania Kindersley, allow me to introduce you. I first stumbled across her fabulousness when I started following her Facebook page, The Red Mare, and from that moment forward was a devoted follower. A talented (and beautiful) writer, Tania manages to articulate her feelings, processes and experiences with her horse in a way that carries you away with them, the same as you would imagine a real life fairy tale.

When I found out she had penned a book, The Happy Horse, I tried to act casual as I maniacally downloaded it onto my kindle and then greedily poured over it for nights on end (actually, not that many nights simply because I couldn’t really put it down; saying I only poured over it “a night or two” simply didn’t have the same affect or adequately convey the excitement I felt for it).

I know that many of you will share in the fabulousness I feel for Tania’s work, and I believe that there is so much to be gained from reading her book, no matter where you are in your riding journey. I asked Tania a few questions about her horses, blog, book and what she hopes people take away from it… 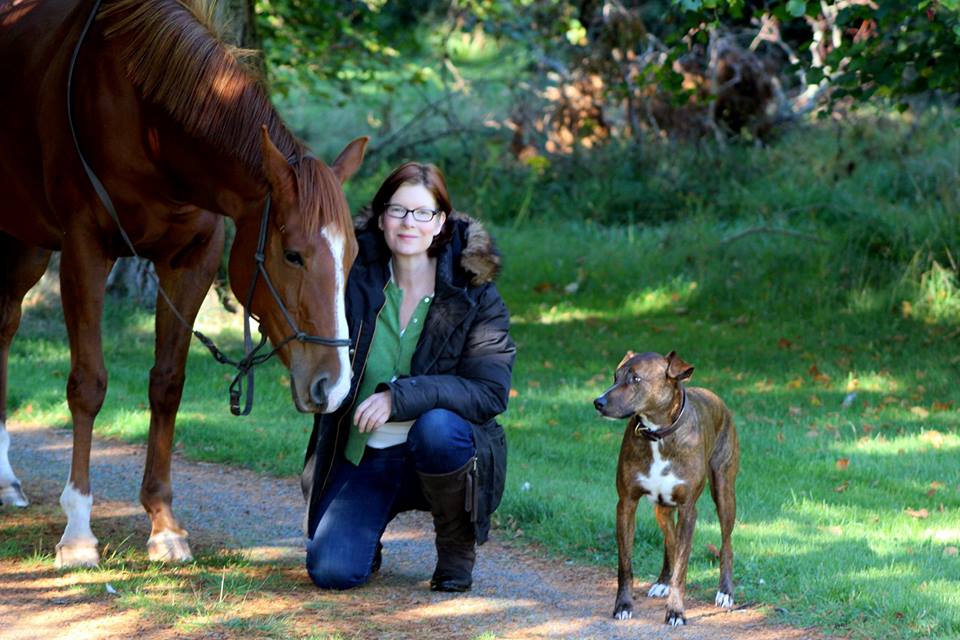 What was the motivation behind writing “The Happy Horse”? What is it that you hope people will take away from reading it?

I started The Happy Horse because I had discovered a form of horsemanship which was entirely new to me and which had transformed my life with my great red mare. The motivation was very simple. I wanted as many people as possible to know that you did not have to be a brilliant expert, or a natural talent, or a supreme champion, but that you could follow some simple steps and get a happy horse. I wanted people to take away the fact that anyone could learn some simple techniques and plain principles and transform their relationship with their horse.

I grew up with horses and was put on a pony before I could form a coherent sentence. I went away from horses for thirty years. Then, in my forties, I bought a thoroughbred mare on a whim. I thought all those old instincts and old knowledge would come shooting back. Instead, I had a horse who was absolutely mortified to find herself with a bumbling, amateurish human and who had no intention of putting up with the second-rate. I did not know how to help her. She reared, she spooked, she leapt four feet in the air at the sound of a pheasant.

In desperation, I typed ‘how to have a happy horse’ into the Google and the clever internet somehow guided me to the page of a horseman called Warwick Schiller. He has a lovely training plan which is based on the timeless principles of Ray Hunt and Tom and Bill Dorrance, and that was how the great journey with my grand mare began.

Because of this horsemanship, she does things now I can’t believe. She rides out for miles into the Scottish hills like an old trail horse; she does dressage and jumping; she gives me a glorious, rolling canter on a loose rein. We spend a lot of time rounding up imaginary cows and pretending we are in the Green Grass of Wyoming. She is teaching an eleven year old girl to ride like a cowgirl.

I thought that if I can do this, with no special skills, then anyone can. And that was why I wrote the book. 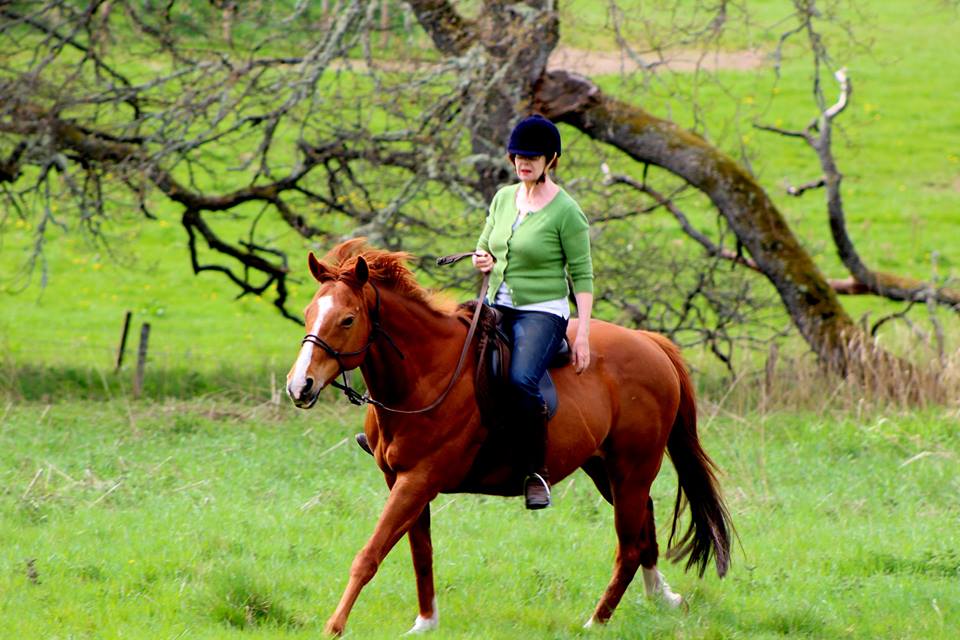 I understand your father and his work with horses to be a hugely influential and inspiring factor in your own love for horses. Would you like to share a little bit about him with us?

My father was a horseman to his bones. I learn a lot now about herd behaviour and horse psychology and he would not have spoken about any of those things. His knowledge of horses and his feel for horses was entirely instinctive. He could not have put it into words and he did not need to.

What I notice about horses and love about horses is their authenticity, and that was his greatest trait. He rode over steeplechase fences and he was not the greatest stylist in the world, but he had one outstanding talent and that was that horses ran for him. Clumsy old Irish chasers with feet like soup plates used to find wings. I think they responded to that authenticity in him, and rose to his great courage and his devil may care. He loved to run and he loved to win and he did not care what anyone said, just like the horses he rode.

He had an instinct for horses and, when he died, all I wanted was a thoroughbred, because they reminded me of him. Getting the red mare was a way of keeping my father stitched into my heart.

He was a very eccentric man. It was not so much that he broke the rules, he did not know there were any rules. He could light up a room simply by walking into it. He drank, and he sang Irish rebel songs, and he never could remember anyone’s name. He broke his back and his neck twice, and the doctors told him he should never sit on a horse again, and a year after that he was riding in the Grand National. He belonged with horses, because he was so like them, and when I ride I carry him with me.

You describe The Happy Horse as “The journey of one rusty human and one mighty mare into new horsemanship. And everything we learnt along the way.” Throughout the course of your journey, have there been any moments or realisations that have really stood out for you? 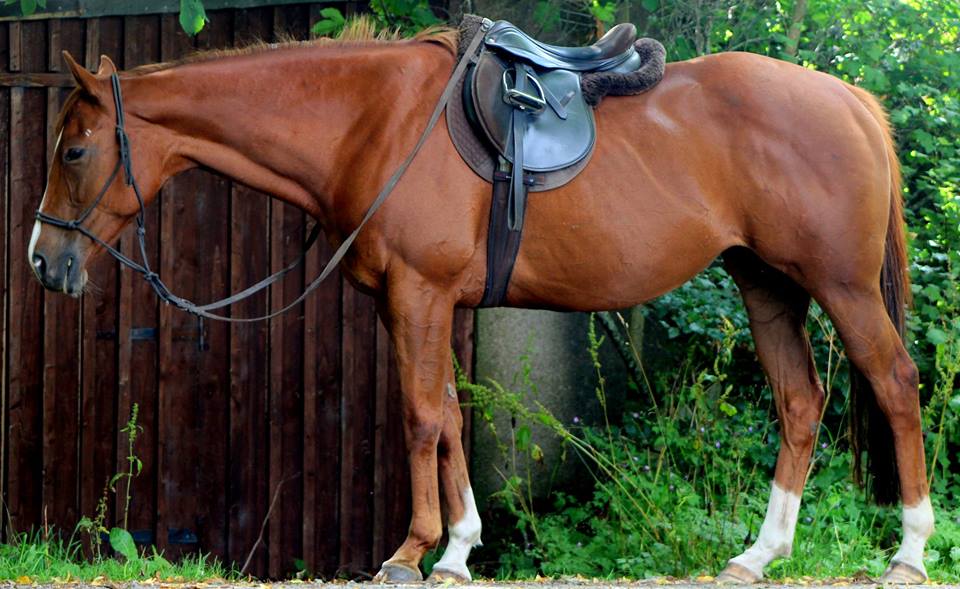 So many, it’s hard to count. I think perhaps the greatest is learning that I could build a bond of trust between me and my mare, that it was not just about getting on and riding and kicking on, but about building a relationship. I’m slightly obsessed now with watching her and her little herd, with trying to decipher what it is she does with them and how they react to her.

I think a lot about feel and about softness. Those were words that did not mean anything to me before I started on this journey.

What fascinates me the most is that if you really delve into good horsemanship, you find it is a perfect marriage of the intellect and the instinct. I think a lot about this stuff, and I learn new things as if I am back at university, and I cogitate and ponder and muse. At the very same time, I let my instincts come out to play.

I’m getting braver. At the beginning, because all this was so new to me, I wanted to do it all perfectly and get a gold star from the teacher. I did want to impress people. Look at me, with my brilliant red mare! Now, I don’t think about that so much. I let my imagination dance. I try new things. I take the foundational principles and play with them. I’ve learnt that my best lessons come from my worst mistakes. My greatest professor is my red mare, and I have found that if I listen to her, she will tell me the secrets of the universe.

As for a moment, there have been too many to count. Maybe the most glorious was one morning when we were out in the woods and bird flew up out of the undergrowth. In the old days, that would have sent the red mare three feet into the air. On this sunny morning, she flicked her ear back towards me as if to say: are we all right? I told her we were all right. And she believed me. That was an extraordinary revelation.

The other greatest moment was when I started teaching a young friend called Isla to ride the red mare. Isla is eleven and I offered her a ride on a whim. She and the mare fell in love with each other so it became a regular thing. They ride now every Sunday, and we go out into the woods and hills, and they canter on a loose rein, and they do obstacle courses and groundwork and even, as of last week, a little jump. I would never have dared offer a grown-up a ride on this horse in her first incarnation. Now she takes care of her precious cargo with all the sagacity and grace of a schoolmistress. 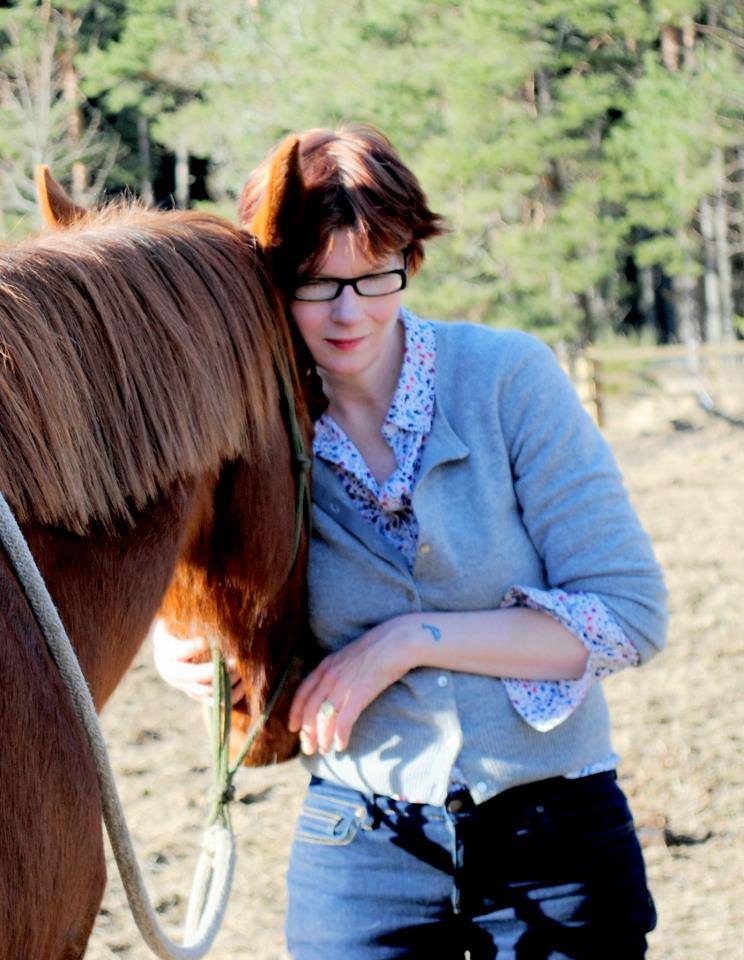 I would like to talk to the Red Mare now if I may. Could you please ask her, if she had a single piece of advice to impart to us humans, what would it be?

She would say: please, please be reliable. She craves safety and steadiness and certainty. She can’t stand it when I get jangly or distracted or pleased with myself. She loathes it when the hubris angels are flapping their wings at me. She wants consistency, and kindness, and clarity. I suppose what she would really say is: I am talking to you, please do me the courtesy of listening. At the beginning, I did not know how to listen, and certainly not how to respond. She has taught me that. She’s also taught me that it’s not all about me. It’s been a hard lesson, but I have learned to put my ego in my pocket when I am with her.

She would say: we horses are trying our hardest, but we can only be as good as the humans we have.

I did not change my horse. I changed myself. Once I learnt to become the human she deserved, to give her my best self, everything was possible. She is an expressive, demanding horse, in the loveliest way. She could not cope with a sub-standard human. She taught me to rise to her level, and, for that, I shall thank her forever.

You can get in touch or follow Tania on her Facebook pages, The Red Mare and The Happy Horse. Her book, The Happy Horse, is available to purchase on amazon worldwide.

Over the Stable Door with Warwick Schiller

7 thoughts on “Over the Stable Door with Tania Kindersley”

PrevPreviousHow momentum is affecting your ability to see things through!
NextWhy you need to start recording your wins (+ train your focus towards the positive!)Next