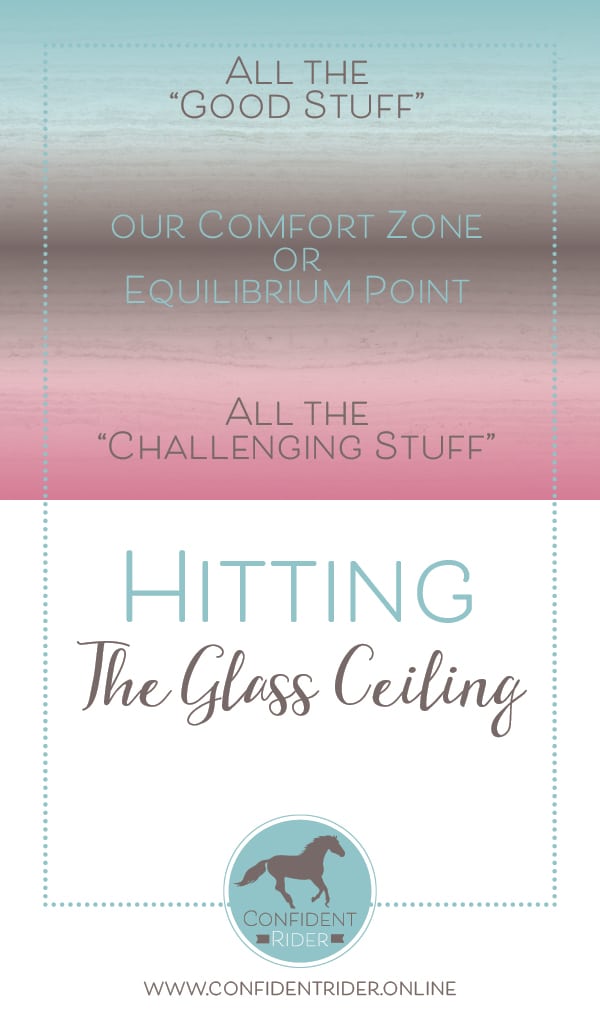 When we think about comfort zones, what often springs to mind are all the things that we do our best to avoid. Some examples of this are getting physically hurt, being upset, embarrassed, feeling like we are in over our heads or avoiding situations where we think we may be put under more pressure than we’re happy to handle in the moment. All of these things exist in bottom area or lower reaches of our comfort bubble, and in our preoccupation for doing our utmost to avoid them, we’ve forgotten that we also have an upper limit to our comfort zone that dictates how much success, happiness and positive results we are willing to allow.

In short, the more elevated reaches of our comfort zone dictate how much good stuff we can handle and when we hit this threshold, we can sabotage our constructive efforts and results to cycle us back down to the comfortable limits of what we already know.

I agree that on the face of it, this seems completely nonsensical. Give it to me, you shout to yourself. I can handle all of the success! But the truth of it is, well, you can’t. None of us can. “All the success” feels nice in theory, but when it comes to practice, we need to be aware that acclimatizing ourselves to things going well, to receiving positive results or even the accepting the most basic flow of good energy coming our way- our ability to receive a compliment- takes practice.

You see, discomfort is indiscriminate. It’s not concerned about growth or failure.  It’s not concerned about “good” discomfort (like success) or “bad” discomfort (like being physically hurt). The primary concern of your comfort zone is to keep you within the confines of what is familiar and keep you away from the danger of uncertainty and the unknown. Lack of certainty and the unknown feels risky and dangerous; consequently, we make decisions, engage in behaviours and take action based on what feels known to us, even if what is known does not equate to what we want.

Here are some examples of success thresholds that I’ve discussed working with riders in my membership program, JoyRide:

A rider in competition finally starts to experience the results that she’d always dreamed of. Shortly after, she finds herself getting really busy at home. The busy-ness she creates stops her riding as much as she needs to and she finds herself pulling out of competitions as a consequence of feeling unprepared.

After digging beneath the surface, we discovered that her success was challenging to her social circle. Winning was making her “different” to her friends (who were still struggling to achieve the same results). She felt like maybe they would think she was “full of herself” or “better than them”, and so sabotaged her results through lack of preparedness and half hearted effort.

A JoyRider I worked with found herself not riding consistently- despite wanting to and having every opportunity to do so. Once we broke it down, she was concerned that if she rode consistently, people would expect her to do “more” with her horse, and she wasn’t sure if she was ready for that. As a consequence, she had stopped herself from riding in the first place.

People pleasing or criticism can be a big one. Not allowing yourself to be yourself, to do what you love or put yourself out there can be symptomatic of going out of your way to avoid criticism. It’s a convenient excuse to keep ourselves small as we attempt to shield ourselves from negative feedback or criticism.

All of these are examples of upper limits or hitting our success threshold. We reach the ceiling of how much we are familiar with or feel worthy and deserving of and the only option from there is to cycle back down.

The good news is, it doesn’t have to be this way. While the specifics are always individually dependent, it’s important to recognize when the feelings of discomfort creep in and to understand that they aren’t necessarily a bad thing. Constantly reframing and elasticizing the edges of our comfort zone involves being willing to get uncomfortable, especially when it comes to breaking through the limits of your own glass ceiling.

4 thoughts on “Hitting The Glass Ceiling: Understanding Your Success Threshold”