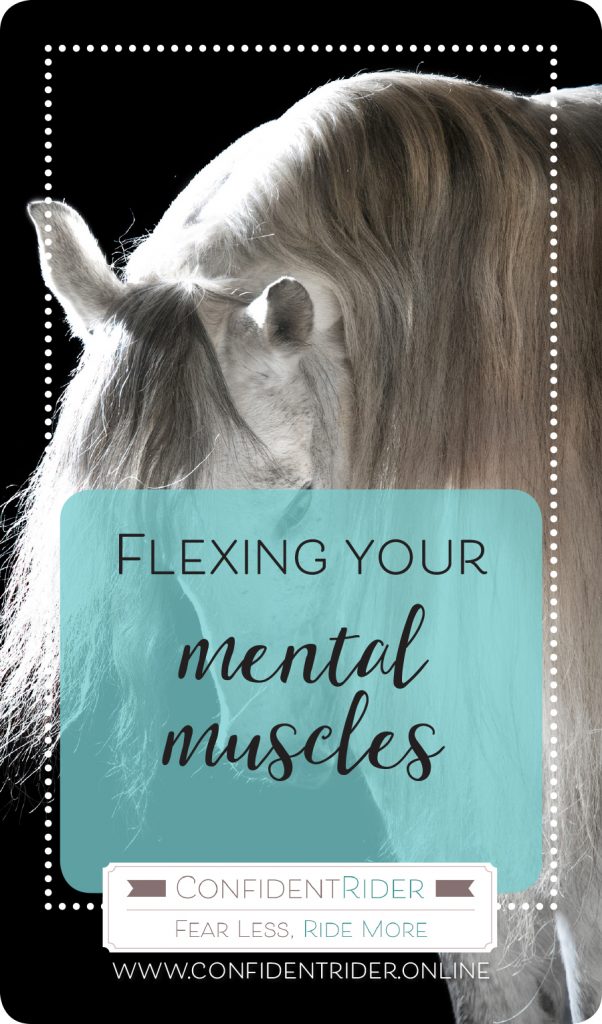 Jenny really has it going on. At the moment, she is pretty much at the top of her game. Pictures of Jenny pop up on your newsfeed and you can’t help but have a quick peek. You try not to give them too much thought, but I mean, what can you do?! They are right there!

She looks great of course. She’s riding the horse that everyone would like to have in their paddock or barn. Wow, he must be amazing to ride, you tell yourself. Imagine having a horse like that! She transports said horse in a top of the line, brand new truck. It’s so shiny it looks, almost unused. You mentally compute the cost of the truck and compare it to the cost of a house. For a little minute, you think that you may have actually swallowed your tongue. You need a glass of water.

Wow. Jenny looks phenomenal in a pair of breeches. Actually, it’s like breeches were crafted specificallywith Jenny in mind. It’s not normal. People shouldn’t look that good in stretch lycra, should they? No. It’s not normal.

When Jenny struts her stuff at competition, she seems to really have it together. Does she EVER lose her cool? You can see the whole package, the professional demeanor on the 15 second clip with the inspirational musical background she’s just uploaded to Instagram. Sickening and irresistible all at once. You try to turn it off, but instead watch it 5 times on repeat. You notice that you have wrinkled your nose slightly.

In her photos, Jenny always looks so happy. Actually, speaking of her photos, does she have a professional photographer follow her around? Is that her partner? Who looks like that when they are mucking out? You flick a piece of hay of your jodhpurs and consider whether it’s time to put them in the wash.

Many of us have a Jenny in our lives, or have come across a Jenny at one time or another. Some of us might be inspired. Wow, they might say. If she can do it, that means I can to! Let’s get out there and make it happen!

But equally as many will entertain feelings that are a little…. Uncomfortable. For instance, they might compare themselves to Jenny and in the process feel a little… less than. That’s not our fault though, they tell themselves, that’s Jenny’s fault! Splashing herself around like that!

And there might be a tiny background voice saying, Why aren’t I able to keep it together like she is? What’s wrong with me?

We may even host our own pity party. It’s not fair! If I had the money, I’d be able to do what she’s doing! If I could buy a horse like that / own a truck like that / get help like that. I’m just not that lucky! I could if….

Or it may be a bit more covert, a little more undercover. An eye roll. A sigh. A “uugh, not Jenny again! Spare me!”.

These reactions can seem… inconsequential. Insignificant. Justified even, at least in our own minds. But in reality, little moments, these little diversions into the negative, into comparison- they cost us something. They remove money from our mental bank and leave us with less to draw on. Ultimately, they are nibbling away at our mental strength.

Why? Well, let’s take a look. It’s not enough to try and cultivate positive habits and beliefs. We have to work at removing our negative habits also. Negative habits, no matter how small, how inconspicuous, or seemingly harmless, will hold you back. They divert your focus away from possibility to “lack”. They rob you of your power and steal your momentum.

Let’s look at the top 3 mental habits that take the glittery crown of our mojo’s without us even realizing.

1. Holding onto unhealthy or negative beliefs about ourselves

Even if you can’t isolate what negative belief patterns you are operating from, you can almost always recognize their effects. When we are acting from a belief foundation that is limiting us, we tend to feel stuck. Limited in our capacity, like there is a whole range of activities and experiences we would like to take part in, but we don’t believe them to be available to us. Oh, they can do that, but I can’t. I’m not a good enough rider to do that. I’m not as lucky as them.

When we are operating from this mindset, pity parties are a common occurrence. Sometimes we invite other people to join us- we gossip, look around us and bring other people down- or we party alone. It’s not fair! Why does this always happen to me!

We are problem focused instead of solution focused.

If you find yourself behaving in the way, ask yourself- what am I choosing to believe about myself in this moment? Is this belief moving me forward in the direction that I want? And if not, what do I need to believe in order to create the kinds of outcomes that I desire?

How we respond to any event or circumstance is a choice. We are always in control of our own feelings and our own responses to any given situation. This realization is the foundation stone of owning your own power. When I talk about power here, I don’t mean physical power; I mean the quiet confidence that comes with the realization that how you choose to behave is something that you have control over. It may be the one great freedom we are all blessed with, the ultimate equalizer.

Seek to develop a level of consciousness that allows you to respond to your environment as opposed to mindlessly react. You are in control. No one has the power to make you feel a certain way, or behave in a certain way unless you assign it to them.

Global beliefs, as the name suggests, are more expansive. They rise to the surface when we take an entire group and assign a label to them all. An example of a global belief would be “Thoroughbreds are hot” or “Everyone who competes at a high level is wealthy”. Banal examples, but we take an entire group and we assign to them something specific. In doing this, we are actually diminishing our own capabilities, and operating from a fixed mindset.

Believing that all Thoroughbreds are hot, for instance, may cause you to pass up the opportunity to work with an amazing horse just based on your own biases of breeding.

Believing that everyone who competes at a high level may stop you putting in the required level of effort to compete at a high level yourself. After all, if you don’t currently have the funds, what’s the point? Your belief system will limit the decisions that you make, and as a result of those decisions, the actions that you take moving forward.

Whilst it may seem a little daunting to dig in and analyse what unhealthy belief systems are holding you back, you can’t really afford not to. We have to train our minds to think differently, and to move away from comparing ourselves to the person next to us.

So the next time “Jenny” pops up in your news feed, flash her a smile and send her a virtual high five. One person living their dreams is all the evidence you need that you can get out there and live yours too.

One thought on “Flexing Your Mental Muscles”

Like Confident Rider page on FB to find out about the upcoming FB Live Sessions: